Along the Road of Tombs - PDF Adventure Locale 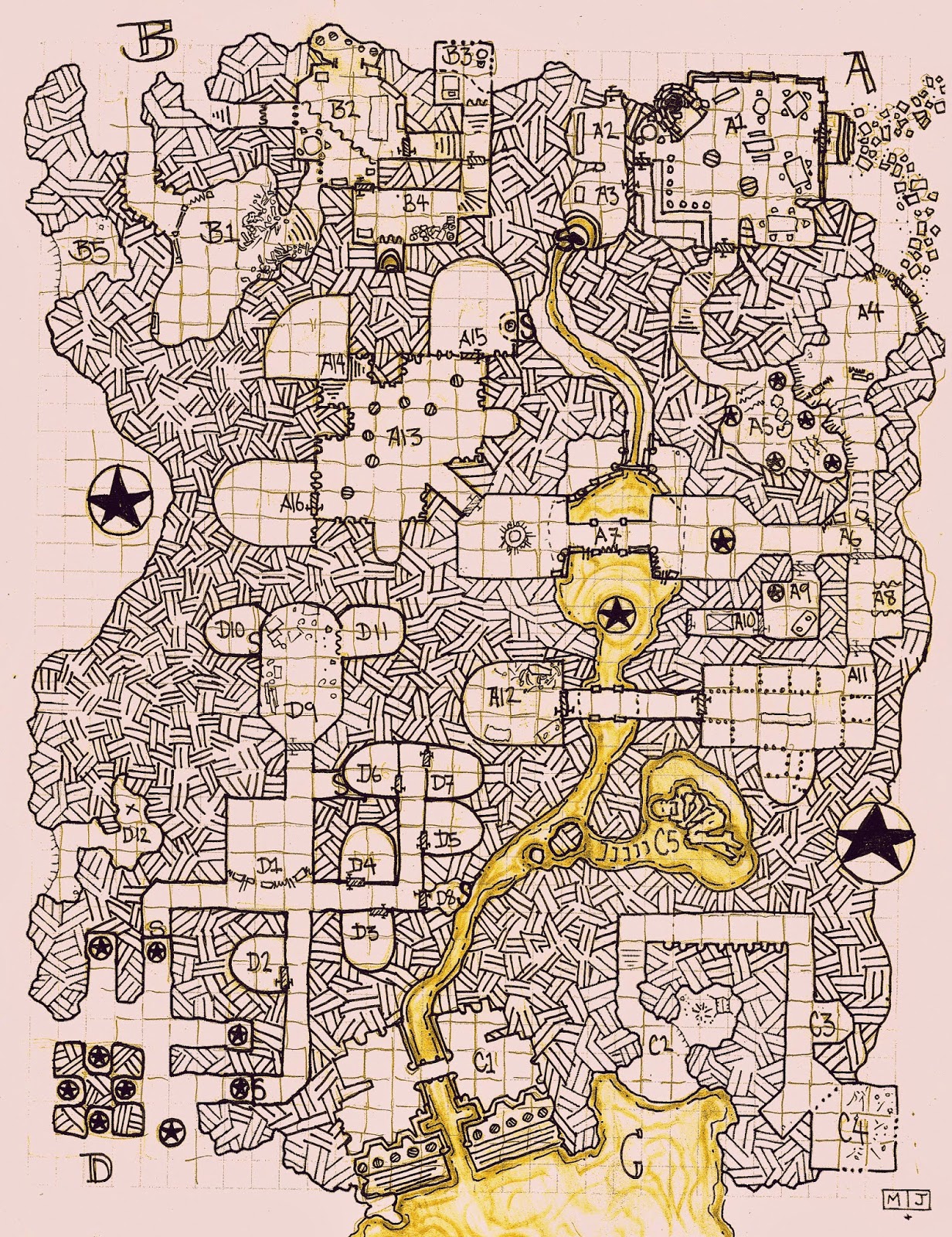 Recently the Tenkar's Tavern wrapped up a competition called OSR Superstar.  Perhaps it's a silly name but I figured I'd enter and managed to keep going until the final round.  The final round was completing a map by Matt over at msjx.org (who's Maps for Heroes campaign is wrapping up today and could use some support - it's got some cool maps in it and supports the Wounded Warrior project) and then keying it.  I finished a map but went a bit beyond my original intent.  Below is a 42 page adventure set in the Fallen Empire setting that I've mused about here before.  It's a fairly vanilla setting, and stated up for Sword's and Wizardy Complete.  Anyhow hope people like this adventure - it's a romp about bandits, cults and slumber ancient war machines.

ALONG THE ROAD OF TOMBS

This version is far better edited then the one submitted to the contest, and I've added some art - sadly no my own, but some of the plates by Piranesi that inspired this adventure.  Also special thanks to the folks who took a look at this a few days ago and let me know what else I might want to include.
Posted by Gus L at 4:10 PM