Reputation and Factions Aboard the HMS APOLLYON 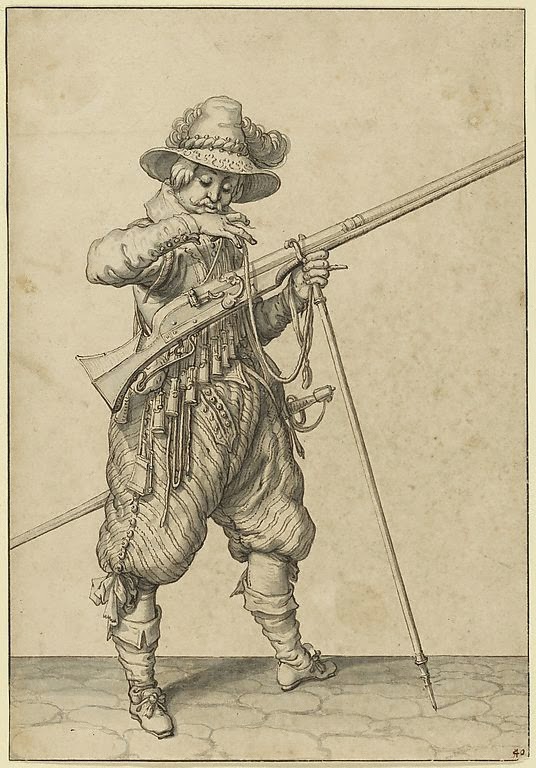 I've Long claimed that my HMS Apollyon game at least a good part about negotiating the characters' place amongst the factions in its "safe" area.  In the past I've done this primarily via roleplaying encounters and a vague sense of how each faction feels about the PCs.  I've tried to transform this into a more mechanical system that allows something more than simple GM whim to determine what a specific faction might provide and how a character may gain that faction's favor.

Below is an excerpt from the Players manual I am slowly piecing together that explains how the reputation system functions.  The link to the full PDF from the manual is also below and contains a great deal of additional information about the individual factions of Sterntown.  It's pretty much a gazetteer of Sterntown so it may be of some interest.


MORALITY & REPUTATION
Sterntown is a place of painful scarcity and great wealth, with a wide disparity between the two.  The armored elevators to Uptown are guarded below by the best equipped of Steward units, and above by shackled devils and the fierce house guards of the great Passenger houses.  The rookeries and favelas of Pickbone Square and the Rust Gates are equally well protected by the legions of the demimonde, from Vory enforcers to the shamanistic fighting moieties of Frogtown. Despite the abundance of distrust and armed factions, Sterntown has not collapsed into civil war, and the social and economic pressures are locked in an odd equilibrium.  The Fishers, Tillers and Froglings produce food that the factors can, preserve and distribute.  Factors and craftsmen maintain the old machines and produce new goods from raw materials that the Scavengers recover from the hull.  The Vory and Stewards both keep lawlessness to a minimum and insure so variety of fair dealings. The Passengers’ sorceries and Stewards’ guns are respected as protection against outside forces, and as much as the various classes and organizations within the city hate or fear each other, they also recognize their interdependence.

The heart of survival in Sterntown is knowledge of where one fits into its hierarchy and who one can count on for protection, succor and identity.  Reputation and faction respect are in many ways more important than wealth (though not unrelated) as almost regardless of personal power an unaligned individual will be prey for everyone from urchin gangs seeking to draw the sponsorship of the local Vory to Al Ghuli summoners in need of a soul offering for their otherworldly allies.  Conversely the most savage and greedy Steward Brute Squad is more likely to tip their hats then beat and rob a gold bearing messenger in the livery of a Factor combine, and even the writhing tattoos of a Krab Brother Lieutenant stand for something among the Houses of Uptown.
Morality
There is no alignment in the traditional table top game sense aboard the Apollyon.  Certain groups may forbid actions or approve of others, but the players will have to act as their character’s moral compass.  There is draconian law within Sterntown that covers the normal laws of civilization and on the books it’s relatively egalitarian.  However, the main enforcers of morality and law among the crew caste are the Vory syndicates, while the Stewards maintain bare social order.  Both of these groups have their own idea of right and wrong, and while they generally behave respectably enough toward individuals affiliated with and protected by Sterntown’s various factions, both groups can be violent and destructive if their authority is challenged, and exploitive of those who they perceive as weak, unprotected or acting beyond their place in the social hierarchy.

Despite the relative lack of honest law enforcement on the streets of Sterntown, there are courts, located in the Steward’s fortress, the Bleeding Gaol, where private parties may bring actions against each other or defend themselves against criminal charges.  Both civil and criminal courts are reserved for individual of wealth or power, especially those whose disputes might cause social unrest, while crimes by lesser  folks, or those committed in less wealthy areas are dealt with more summarily.  Strangely this maintains a social order in Sterntown, with the factions’ power balancing to keep the town relatively peaceful and business reasonable honest.

The only law universally enforced regardless of class or wealth is a strict prohibition on the arts of necromancy.  Those accused of necromantic magic are generally fined of all wealth, and impressed into the scavengers on even the slightest shred of evidence.  Those who are convicted of necromancy are cast into or from the hull after being subjected to elinguation to prevent spell use.

Reputation
Reputation is a form of currency in Sterntown.  Characters can build reputation with certain factions (at the cost of reputation with others) and use reputation to do many useful things such as gaining access to better equipment and hiring competent henchman.  Reputation is tracked as a simple modifier, of -5 to +5 with each point of reputation acting as a bonus or penalty on the standard 2D6 reaction roll. Remember CHR bonuses or penalties also modify this roll.

These reactions define the general feelings of the NPC encountered.  A pack of Crayhounds that has an amicable reaction may give the adventures sporting warning with a display of clattering claws, allowing them a chance to run before the hounds tear the scavengers to pieces, while a violent reaction from a shopkeeper will be to refuse service and possibly call the Stewards or local enforcers.
Earning Reputation
Earning Reputation is not an exact process as reputation points are awarded like treasure or experience based on in game events, but each faction has some default ways to earn or repair basic reputation.

Donation:  Providing Money or goods is an excellent way to improve one’s relationship with and prove ones value to a group.  Often donation will be labeled something else: religious tithe, membership dues or “the vig”.

Mission:  Doing meaningful favors, confounding or destroying enemies, recovering artifacts and information from the hull and generally furthering the goals of a faction is almost always a way to gain status and reputation.

Loyalty:  Higher levels of reputation will require the character to pledge loyalty to the specific faction, renouncing all other factions (reducing one’s reputation with all other factions to 2, though it may be regained).  Specific Factions will have more or less elaborate rituals associated with this level of reputation, Vory tattooing, religious conversion or even dynastic marriage. A character may only be loyal to one faction at a time.
The level of reputation needed a declaration of Loyalty is also effectively the reputation a character can advance to in a faction through membership with an friendly faction.

Status:  There are some factions that won’t trust an individual beyond a certain level regardless of their behaviours or loyalty unless they are a certain type of person.  Most relgions are less receptive to aiding lay members then clergy, and racial factions such as the Uptown families and Frogtown  are xenophobic to lesser or greater degrees.

Friends and Enemies: Reputation has a cascading effect, as factions are allied and opposed to each other, in general, for every two points of reputation with one faction a positive and negative point of ‘unearned’ reputation is added with other factions.  This sort of reputation is of course capped at the level an organization demands “Loyalty” from its adherents as an individual may only be loyal to one faction at a time.
Spending Reputation
Reputation is a currency, and the greater reputation one has with a faction the more likely that faction is two help.  There are generally two ways to use Reputation points, wagering or spending them for boons.  Wagering means that the character presents his or her credentials as a friend or member of the faction and asks for a boon.  The GM makes a reaction roll adding or subtracting any reputation over/under the number required to buy access to a specific boon and any Charisma bonus or penalty.  On a result better then ‘neutral’ (8 or above) the petition is granted and the reputation point preserved.  On a roll of neutral or less (7 or less) the character has offended the faction and loses the reputation point without gaining any benefit.

Specific boons vary from faction to faction, and their quality does as well, but general types are as follows from easiest to hardest to obtain:

Information:  Access to the knowledge and rumors available to the faction.  This almost always includes sage services, though the ability of faction sages will depend on the type of knowledge sought and the nature of the faction.  I.E. Vory sages will be able to cheaply and easily provide information on poisons, but are unlikely to be much help in unraveling diabolic spells scrolls.
Armory and Equipment: Access to the specialized equipment of the faction including higher quality weaponry and armor then is normally available.
Normal Henchmen:  1st level henchman capable of leveling, with appropriate skills and equipment related to the faction may be hired for 50GP a session these henchmen have a base loyalty of 7 as opposed to 5.  If too many faction henchmen die or if they are used callously it may affect the character’s reputation with the faction.
Intervention: Faction leaders will intervene with other factions on behalf of the character to protect them from repercussions, arrange meetings or negotiate deals.
Spells: Faction will provide access to its unique spell knowledge and instruction in special magical disciplines
Specialists and Craftsmen: The ability to use faction prestige to have the best sorts of equipment and armaments manufactured or procured.  It also includes faction specialists such as enchanters or healers.
Elite Henchmen:  The ability to hire specialist henchmen, usually for a ½ share of loot from an expedition or 500GP per level.  These henchmen include both specialists such as magsmen, and simply powerful faction members.  In general such elite henchmen will be of a level one less than the hiring character. Such elite henchman take pride in their skills and have a base loyalty of 10.
Soldiery:  The ability to hire one or more squads of military type assistance from the faction.  These squads will generally work for 100 GP each season for guard duty and the like, but may demand more for combat against monstrous foes, entering unknown areas of the hull or otherwise taking greater risks.  Most factions will not allow the use of their soldiers for tasks that do not benefit the faction.
Artifacts:  Many factions have access to collections of unique or magical items, and the use of these objects is limited to the faction’s most valued members.