A play generated race/class for my HMS Apollyon game - the creepy mostly undead Draugr.  This class is the result of a party of adventurers undertaking a mission on behalf of a lunatic lich they met and befriended within the hull.  In exchange for wealth and magic the party smuggled a pair of the necromancer's "children" into Sterntown, allegedly for the edification and education of these undead thralls. 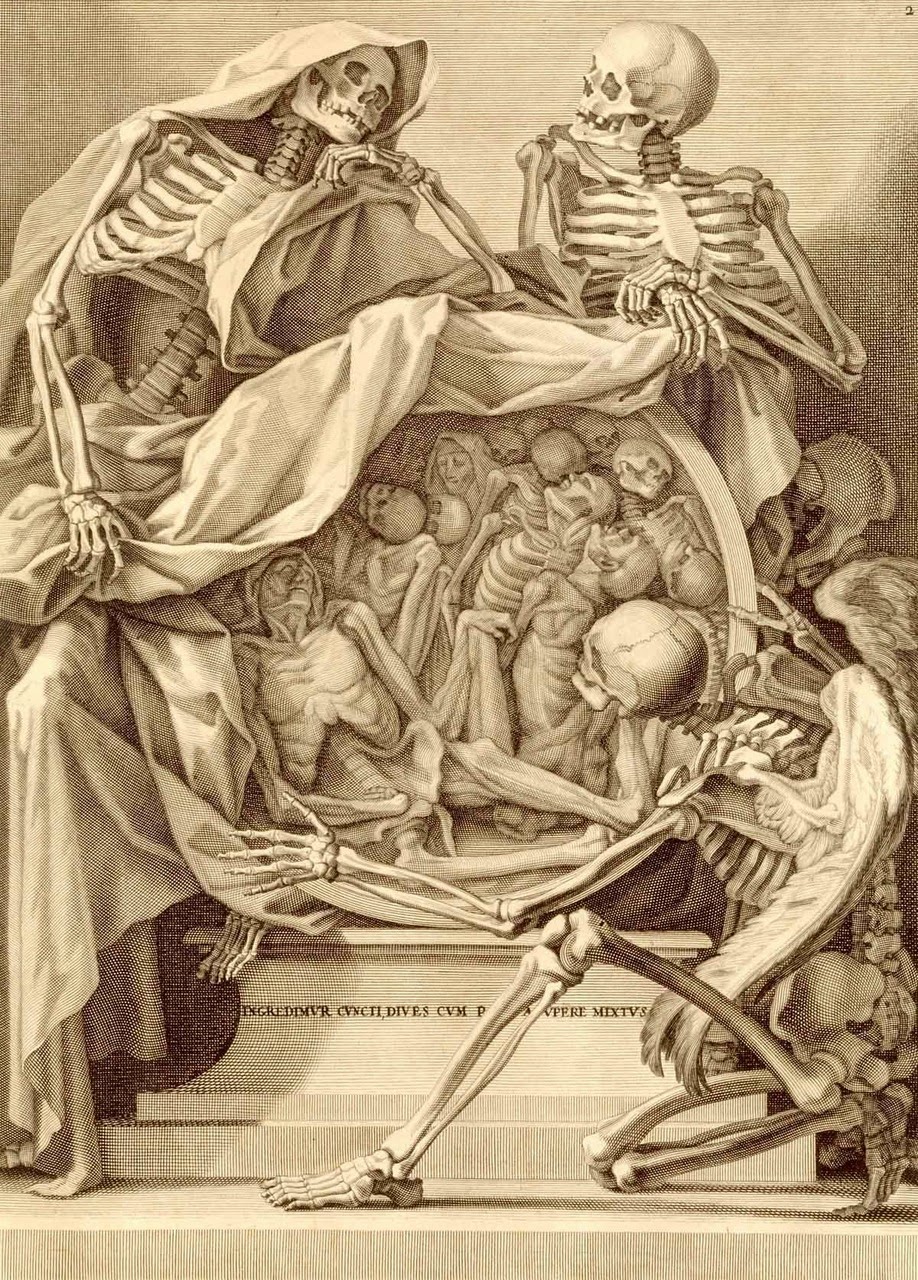 There is no crime in Sterntown greater than the practice of Necromancy.  While murder, theft, racketeering and fraud are all conditional, depending on the victim and the perpetrator, necromancy is forbidden to all and punished harshly with mutilation, exile and death.  The reason for this draconian rule rises from the history and fears of Sterntowners, both the Upper Deck’s elite and the masses of crew struggling to survive in the ship’s rusting bowels.   The risen dead a force to be feared aboard the Apollyon: The Ash Plague and its Ghoul Kings, the spirits of Sterntown’s unquiet dead and even the revenants that rise unintelligent and obsessed from  bodies left to rot in the cursed waters within the ship’s hold.  All undead are dangerous, and over the ages they have tirelessly worn down humanity’s hold on the vessel.  The War Amidship and retreat to Sterntown is still a fresh memory, with its loss of most human industrial capacity, the decimation of the Marines and the deaths of at least 60% of the population, but it is only the most recent victory in a slow war between living and dead.

Yet necromancy has a long history amongst Sterntown’s magic practioners, and was one of the most widely practiced magical arts amongst the sorcerous class when the ship was lost, before the Passenger cabals arose blending their blood with that of strange outsider entities to assure their progenies’ magical potency.  Some echoes of these times remain and there are still necromancers hidden amongst all classes in Sterntown, as the art is both easy and seductive compared to some other forms of magic.  These renegade necromancers create servants, but are careful to hide their existence; each necromancer thinking they are clever enough to avoid detection and gain power as the madness of their craft slowly takes hold.  Likewise the Ash Plague does not rest, and amongst its Kings and Queens the more sane and crafty have raised spies, assassins and agents that can easily pass for living men and women.

These undead parodies of life, whether agents of the Ash Plague, servants of hidden magus’, or undead thralls who have slipped their bonds and outlived their masters are known as Draugr, and exist hidden amongst the population of Sterntown, concealing their nature and eking out a marginal existence.  Many of these dead find their way into Scavenging gangs, as their natural abilities make them useful for dealing with other undead and the largely unregulated world of scavenging provides a chance to avoid official scrutiny, explain their odd appearances (scavengers always end up a bit off, being exposed to the horrors of the hull), and potentially contact their handlers amongst the Ash Plague.


Appearance
Draugr vary in appearance much as normal humans do, but appear malnourished and sickly due to their undead nature.  There is something a bit off about most Draugr, a hesitance of manner and an understandable lack of human warmth in their eyes, yet to observers they appear human. The majority of Draugr also conceal their bodies as much as possible to hide the ward net that covers their body in strange scars and tattoos.  Draugr bodies have been specially constructed to mimic many human bodily functions – they bleed, breath and have muscles that move naturally under the skin.  These effects are cosmetic and rarely perfect, but will fool casual observers.  Even most magical examination will not usually reveal a Draugr, as their warded bodies register as living to most detection spells.  Divine magic that effects the undead will affect Draugr.    This effect is somewhat limited and when subject to turning, most Draugr are only prevented from offensive action, excusing themself politely and leaving the area rather than falling into the hissing panicked flight of true undead.  Close examination of a Draugr  will also reveal their nature to a skilled magician, necromancer or scholar of the undead as the network of warding scars and tattoos that cover them is obvious.

Draugr are strange hybrid creations of powerful necromantic magic, a spirit bound to and controlling a largely artificial body carefully constructed to simulate life with both magical and scientific interventions.  The life and ‘humanity’ of the Draugr is contained within a net of wards and sigils carved, stitched and tattooed into their body that tethers a disembodied spirit in place.  This spirit is not always the same as that of the corpse it animates, and often the Draugr’s body is a motley thing, made of several different corpses.  If the ward net of the Draugr is ever sufficiently damaged the creature will become a mindless ravening beast (assuming the body is still functional), similar to a zombie as the reanimated body takes over and the controlling spirit is banished into the afterlife.

Playing a Draugr
Draugr are the most furtive and outcast of the peoples of the Rustgates, they must be cautious and ever vigilant of detection or betrayal.  While most Draugr are thralls and servants, either of the Ash Plague or individual necromancers, player character Dragur are assumed to have free will, with their master dead, or whatever geas that compelled them shattered.  Alternatively a player may opt to have a preexisting relationship with one of the Plague Kings and a mission from them, but this will depend on the nature of the Ash Plague in a specific campaign world.

Statistics and General Abilities
Draugr are magical constructs imbued with the spirits of the dead, they are somewhat limited in their physical and mental abilities: slow and fairly weak, but highly resistant to damage and with a natural sense for the magical.

Draugr may use light armor (unless they specialize in a class that allows the use of other armor [soldier or juggernaut].  Draugr are not especially adept at combat, and even martial Draugr lack the ferocity or focus of a true warrior.  Still a Draugr’s immunity to pain (or at least inability to feel it in the same way as a living creature) and intelligence allow them to learn combat skills and fight with a “Trained” level of effectiveness, and gain HP at the “Intermediate” rate.

Death and Injury
One of the more unique elements of playing a Draugr is that they cannot die in the normal manner and do not recover from injury as normal.  When a Draugr is injured they must carefully repair their body, stitching wounds back together, replacing broken bones and repairing damaged wards.  Draugr are completely unaffected by magical healing (except that which heals the undead) or normal recovery and the process of self-repair is slow, difficult to perform while exploring the dungeon and will reveal the Draugr’s status to others.  Some Druagr’s learn to directly absorb life essence from humanoid opponents they have killed, but this process is ghoulish and quite off putting, even as it magically repairs the Draugr’s injuries.  Mechanically this means that a normal Draugr has a 2 in 6 chance to repair 1 HP for every turn spent carefully stitching themselves back together after battle.  Draugr with a Chirurgeon skill may substitute it for this roll.  Even these battlefield first aid efforts are only temporary and incomplete and will only allow recovery up to ½ the creatures HP at the start of the session.  A draugr is able to repair itself fully in its lair between sessions, utilizing a stockpile of preserved body parts and bones to replace its own damaged ones.

The positive effect of a Draugr’s undead nature is that they are very hard to kill.  Each time a Draugr is reduced to zero HP (not negative HP) they are considered to have been damaged to the point of uselessness and incapable of meaningful movement or action (head severed, bones broken or similarly damaged).  However they are not dead, and may still speak (usually) and slowly piece themselves back together at the normal rate after the battle.  Concerted effort (such as burning the body or carefully tearing out all of a Draugr’s wards) will destroy them completely, but otherwise they have an odd form of immortality.  However, damage of this nature is not without consequence to the Draugr, as each time they are brought to zero HP the spirit controlling the Draugr is separated from its body for a few moments, and loses some of the animating vitality and humanity that makes a Draugr different from normal undead.  After recovery a Draugr player must roll and permanently suffer a loss of 1D6/2 Charisma representing this los of humanity.  Should a Draugr’s Charisma drop below three they will no longer appear human, and be forced to flee into the hull if possible.  If the Draugr’s Charisma ever goes below zero (for any reason, even temporarily) they become unintelligent and aggressive undead as their controlling spirit leaves the body.

Resistances
As undead Draugr do not need to rest and are unaffected by sleep enchantments.  Draugr also do not need to eat and drink, negating exhaustion effects, though similar not encumbrance effects.  Being partially alive and possessing simulated human functions Draugr are still effected by poisons, charms and other mind effecting spells, though they have excellent saving throws to both magic and poison.

Power over the Dead
As specially created undead servants with both willpower and intelligence, the presence of a Draugr can cow and frighten lesser undead.  All Draugr can turn undead as a 1st level Cleric. This ability never increases (except for those Draugr that follow the ‘Horror’ aptitude), and is not a form of divine magic, only a reflection of lesser undead’s fear of the greater.

In addition, intelligent undead will recognize Draugr for what they are and are more likely to treat them as fellows rather then prey.  Draugr gain a +1 to any reaction roll with intelligent undead, though they are equally likely to fall victim to schisms and rivalries amongst undead factions within the Apollyon, which most undead the Draugr encounters will assume they have knowledge of.

Subclasses and Aptitudes
Draugr are somewhat limited in the aptitudes they may follow, normal Draugr may learn to be: Necromancers, Academic Mages, Illusionists, Soldiers, Juggernauts, Champions, Marksmen, Assassins, Thieves, Chirurgeons or Scholars. In addition they have the unique aptitude of ‘Horror’ which occurs when the Draugr accepts and relishes in its undead nature – both becoming a ghoulish predator upon the living and a master of the undead. 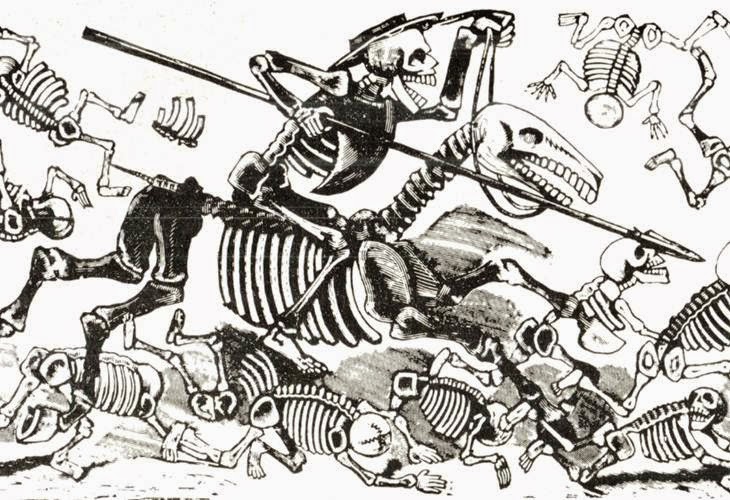