Here's another monster my players managed to avoid aboard the Apollyon. 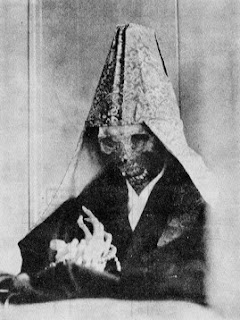 Places of bureaucracy are often cold and stuffy, filled with a certain oppressive feeling, and this is no accident.  Within the dusty halls of records, scriptoriums, courts and tax levy offices mortals dreams and hopes are destroyed through the remorseless process of regulation and routine.  The ceaseless, route toil of officials and clerks slowly create an intense psychic power, such is this power that it sometimes manifests itself, and a free flowing wraith of hateful despair begins to coalesce, usually in and around the meticulous records kept within depositories and bureaus.

This energy does nothing but cause unease and slowly harden the hearts of those who come into long term contact, at least until it has an empty vessel to center its manifestation on.  When a person dies within the domain of a bureaucratic specter, that person's soul becomes the focal point of the free floating energy of the creature.  Within the unmoving shell (most often a bureaucrat who died at his or her post) holds the immense power of the specter and can project it through the precincts of the office.  The body becomes a dry, mummy like husk, almost always sitting upright in a well worn chair.  Specter treasure often consists of both the belongings of those it has killed and valuable items of a bureaucratic nature such as official weights, seals and signets or items originally meant to make the specter's surroundings appear majestic, such as valuable tiling,


From this gruesome perch the entity has a number of powers with which it protects the documents and delights in tormenting the living who stumble upon its lair.  The mummy itself cannot move or act, and will not speak (unless speak with dead or similar magic is used).  It is able to attack by launching a telekinetic strike with a cloud of sharp office supplies, such as letter openers, quill blades, ink bottles, and whatever other detritus is available. This attack can be directed at one target within 60' of the corpse and strikes for 1D8 points of damage as a 10HD monster.  Additionally the Specter has several special attacks and defenses:

Special Defenses:
Undead: As an undead creature the Bureaucratic has all the normal undead defenses and immunities to mind effecting spells and poisons.
Immune to Normal Weapons: Bureaucratic Specters are immune to non-magical weapons.  Silver Weapons and blessed weapons (such as those coated in holy oil) do 1/2 damage.  Magical Weapons do normal damage.

Special Attacks:
Animate Furniture:  The Bureaucratic Specter's consciousness and power extend throughout whatever location created it and it may sense any living creature within this area.  It may also animate office furniture and use this to attack.  A specter may animate 1HD of furniture (use stats found here) for every 6HP the specter possesses. If a piece of furniture is destroyed it must wait 1D4 rounds before animating another,assuming one is available.  Generally it will animate a pack of furniture in each area a party enters, attacking viciously until the furniture is destroyed and then reforming another group of animated attackers in the next room.

Paper Cyclone:
Another telekinetic power of the Bureaucratic Specter is to create a whirlwind of paper and small objects within a 40' diameter sphere around itself.  Any living thing within this sphere must save vs. Breath Weapons each round they are in the sphere or take 1D4 points of damage and an equal to hit penalty. 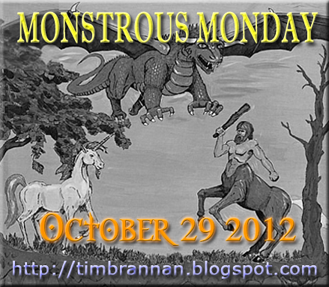