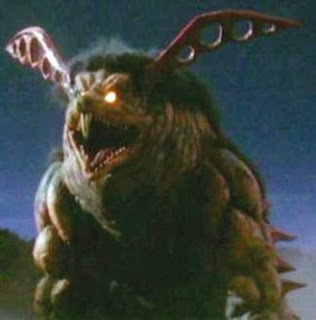 Back to the old wizard tower, looking for plunder and violence.  It’s not as if there’s much else to be done – a few caves, and old lightning shrouded temple (which a few of the companions from last time were lost to), some kind of stone circle that eats religious men – but really for a curious redcap like Scabgrinder, there’s nothing like exploring deeper into the cracked and crumbled ruins of the wizard’s tower. It’s not really the money the items recovered from the tower, though money buys drink and more metal, it the sense that one is changing the behavior of other thinking things.  As a root, one doesn’t have much chance to do this, maybe try to choke the neighboring root where it gets in the way of one’s expansion, but that’s rather intimate – tendrils grasping in the dark and squeezing for months or years.  The world of men is changed by a casual and distant word – every action can be like a brush fire, rewriting the landscape in a moment.

Indeed, the last trip to the tower rewrote the man town.  Farmer hide their produce as they have no one to protect it with the wizard proven absent.  The guards of the town are less steady without the sureness of magical aid when things get out of hand.  Random bar dweller twitch and grumble about men from the forest coming with fire and steel.  In all the Scabgrinder is happy, so fast the world of men can change.

Back to the tower.  At the tower, still an ugly imposition of tormented earth brothers building for speed and not beauty, things have changed.  The earth before the tower is cankered with footprints.  A man of the forest, slow and clumsy but wise like a beast, inspects them and says they are the tracks of man like vermin.  Within the tower Scabgrinder hears snoring and sneaking in a sentry awakes in the flare of the entry’s broken trap.  It is not a man, and not a root – a new thing – like a mouse, but man sized and holding a rusting spear.  The mouse man’s skin is wrinkled and rotten, it’s fur sparse and it has long nails, clearly more predator then its domestic cousins. Scabgrinder leaps, but the mouse thing is faster and a melee begins.  The spear of the creature prevents a solid strike, and soon it flees into the darkness towards the abandoned barracks, where Scab Grinder and the men who seek gold with him found many weapons.

Seeking to outflank the rodent man, Scabgrinder and the miracle man fling open the Southern portcullis and try to come into the barracks from the South.  Scabgrinder’s charge is met with a hail of javelins and with much sap spraying from his face the root is forced backward into the hall.  The short bearded man calls forth power, and the hall towards the spear throwing rodents is made slippery.  The things do not fall for this trap, and chant for some filthy entity – a spirit of rot and disease recognized by the wood’s hermit among Scabgrinder’s companions as entropy and disorder.
Retreating back to the door, an ambush accomplishes nothing and the band returns to town to hire reinforcements.  The slow witted animal man finds a charlatan to hire with flash powder and a fuzzy cloak.  He is given a spear and told to fight.

Returning to the tower it is decided – fight will be brought the mole mouse men.  Charging down dark halls and over crooked tiles, into the horrors’ incisors, Scabgrinder screams for blood to make his hat bright and strikes the largest in the chest.  Ribs crack, but it stands slicing down with it’s sickle and almost taking off the root’s arm.  The melee around Scabgrinder is a swirl of violence.  The forest man goes down, dead with a spear through his eye.  The short man of power stabs and stabs again, killing two of the creatures.  Eventually the creatures flee and are crushed in flight.
A search of the barracks reveals little beyond the horror’s spears.  A pile of dead vagabonds, bloody and ragged rest in the corner.  Some ritual is performed by the mad hermit, to put the stinking meat to rest.

South again into the kitchen, the intent of the mole men is discovered, they have been eating the dead, a strange habit.  Amongst the gore are a few satchels with spare coins and a dagger in them.  In the store room beyond nothing has been touched.  The mole things did not find the store of grain, and this another sign of their unfitness.  Beyond the grain sacks is a chamber of pots, cauldrons and retorts.  This is valuable.  Exploring it though more syringe mouthed mechanical spiders leap upon the party.  Scab grinder is bitten, and near death he still smashes a spider solidly.  The spiders bite others as well, and most of the explorers are suffering from wounds when the spiders are finally destroyed.   Another hidden door is discovered to the North, within a stone of power, on a pedestal.  It is grabbed and swaddled in a bag before the band returns to town with much alchemical equipment. Scabgrinder carries a body found in the mole rat men’s kitchen, he recognizes the man as a farmer who drinks sometimes in the plank and tallow candle bar where Scabgrinder sleeps.