“Our homes burned burned, our cities, our towns, and our tribes.  We fought do not doubt that, and all lost, professional armies, proud fyrds and the warbands of great heroes.  Light is supreme on the face of the World, the twins triumphant – Retribution and Beneficence, though for the defeated only the first.  We thought at first that the Light might have some measure of mercy for us, the earnest promises of the paladins, made to us wounded and defeated in the disease wracked death crawling prisoner camps seemed to offer life and maybe some shred of honor.  The Fortress at Coulair White taught a different lesson.  The Paladins left us to the Arbiters of the Inquisition.  We are chum upon the abyss, our lives of no value because we shall be reborn in the light, even as we suffer and perish in the black deeps.” – Archaic Inscription Carved on the rear of the altar screen of the Chapel of the Abyss/Prisoner’s Chapel at White Chasm Monastery

Another post about the idea of running an Underdark campaign – the keystones of which are scarcity and town building. 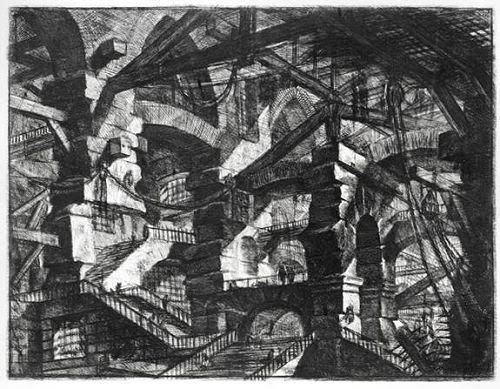 The basic premise is that the players are war prisoners from a world conquest of “good” light gods, given the opportunity to redeem themselves by smiting evil and recovering treasure from the only part of the world remaining outside the grasp of Light’s victorious armies.  As with all crusading Lawful Good types on a holy war, the physical well being of the defeated forces of “evil” are far less important then their spiritual salvation.  For the Brother/Twin Gods of Light, renewal and salvation happens through rebirth into an infant of the proper religion after dying in the service of the Light. Service is offered to the defeated in three ways 1) Self sacrifice (being thrown alive [possibly drugged] into a huge fire) 2) A life of slavery, usually under poor conditions 3) taking up arms as a crusader (shock troops) against enemies  of the Light.   The characters chose the last, but since there’s no more enemies to conquer on the surface, down they go into the Underdark – poorly equipped and with every intention that the darkness, beasts and privations kill them.  Of course, inquisitions being expensive, the church is hopeful that the prisoners will recover valuables and wipe out some eldritch creatures before they “Go to the Light”.

I figure it’s best to do this as a “company” campaign, because frankly I’d have to run it as a meatgrinder to get the proper spirit. Rather than each player controlling an individual character the players as a whole would control an expedition/community of 30 – 50 (possibly buying more prisoners later from above) prisoners trying to survive in the Underdark. This would effectively be a pool of PCs to pull from, with each session representing a single squad of explorers. Generating this group would involve 30-50 random statlines and single word qualifiers/nicknames (table forthcoming) to create very basic backgrounds. Among the mass of 0-level company members maybe 10 or so actual characters with class levels would exist. (1) 2nd level “leader” (2) officers of 1st level and (7) or so 1st level specialists – including trained warriors, a wizard or two, thieves and maybe some clerics of other now deadish gods.

This initial cadre leveled characters could be played, but leaving them in camp would also have advantages, and no character could be played multiple sessions in a row. The idea would be for the players to take ownership of the company collectively, and frequently play as 0-levels trying to level up. For example, at least one officer or the leader would need to be in camp at all time to prevent panic, and specialists could do things like build shrines/pray for guidance, repair weapons, or research spells/make devices rather then adventure.

Town Building – The benefit of not to playing the same party of trained adventurers each time would be that (in addition to keeping your best characters safe for when you might really need them) the only real way to survive in the Underdark would be to build a community, find and exploit subterranean resources and trade with or conquer the denizens of the underworld. Initially the main goal would be to trade plunder for food, light and equipment with the inquisitors above, but as a faction their prices are awful and they’ll generally more interested in the characters’ failure then reasonable trade.

To build the town up, survive and trade for things I don’t want to micromanage the number of suits of armor in the armory or number of servings of mushroom goulash.  I figure that basically there are 5 kinds of resources needed in the deeps A. Necessities, B. Security, C. Industrial, D. Luxury  and E. Magical.  For each of these resources there are static/stored amounts and renewable amount.  Example: A static necessity resource would be a food stockpile while a renewable one would be a mushroom farm.  Static resources must save above a 15 -1 per resource point every session or become exhausted, while renewable resources aren’t exhausted unless they are destroyed or explicitly something bad happens through a random event between sessions (hedged against by leaving competent company members in charge, or player action).
As a general rule each point of resources (non-renewable) represents 1,000 GP of investment and may be something very specific or more general.  i.e. 1 point of necessities can be a general “pile of food and some charcoal”  or it might be “A huge barrel of fine wine”.  In some contexts, especially for renewable resources a number of citizens might be required to work the resource to keep it functioning, and protecting these workers (and the resource) from threats can itself become an adventure.
Necessities are food and light.  Generally necessities are what a community starts with to support other resources.   A point of necessities is required to either feed and provide light for 100 citizens per session (i.e. the Underdark community of 50 will go through 1 point of necessities or 500 GP of food, clothing and light between sessions) or provide the basis for making a point of industrial or luxury resource permanent by providing supplies and feeding it’s workers. In less scarcity based games 100 citizens might make 2 necessity points (1 to support themselves and 1 for whatever else) by working the land.  Working food resources and mining coal might produce the same in the Underdark, but finding source is harder. A lack of Necessities means the community will get smaller, either through flight or cannibalism, madness and disease.

Industrial resources improve one’s ability to keep other resources functioning and even to manufacture them.  A smithy would likely be a 1 point renewable resource (requiring 1 necessity point of materials each session – either found, bought or made with a coal seam 1 point resource).  It matters what the resource is to a greater degree than necessities, a glass blower won’t keep your guards armed, but might be helpful in keeping an alchemist supplied or making salable luxuries.  In general though Industrial points allow the creation and production of goods useful for adventuring and allow a security resource to become renewable (by repairing equipment).

Security resources represent organized military force.  Even communities without Security resources can defend themselves after a fashion, either through player action or with untrained, easily frightened militia.  Security resources just make that either.  Walls, siege engines, and trained troops all represent security resources. For general purposes a security resource is roughly 10 trained soldiers (F1’s) or 20 zero level recruits with good equipment.  Equipment will be whatever’s available, but military grade – generally AC 6-4 including shields, hand weapons, spears or missile weapons and either light or medium armor.  Security Resources degrade (saving throw required) unless they are supported by an industrial resource to fix equipment and buildings.  A Necessity Resource is also devoured by the hungry soldiers/engineers  or artillerists. The resource itself can be created by finding or making equipment suitable for a proper number of soldiers and providing them training.  In the terms of the Underdark game, training is assumed as the citizens of the prisoner town are basically all fighter types (or at least 0-level would be soldiers).   It’s getting enough equipment and maintaining it that’s hard. Especially for resources like heavy troops or siege engines – which a successful town in the Underdark will need.

Luxury resources are treasure in the classic sense or anything of high value and low volume.  One can make them with industrial resources on a 2 for 1 basis (i.e. two sessions of industrial production produce 1 resource worth of trade goods), but generally they are what adventurers plunder from musty tombs.  Luxury resources are good on the surface because they allow one to attract more powerful (i.e. leveled) citizens to a town and are necessary to support magical resources.   Protecting Luxury resources is important, and if one doesn’t want them plundered by one’s own citizens (i.e. require a save each session) one needs to have them watched by a security force. Luxury resources may also be easily traded with just about any intelligent factions – usually on a 1 for one basis for any other resource.

Magical resources include a variety of things – libraries, protective runes to keep the spirit world at bay, alchemist or even wizard’s apprentices who can help with spell research.  Even shrines and temples fall into this category.  The problem with magical resources is that they require Luxury resources to support.  It might be fancy incense and good candles for the curse or glassware for alchemists and gold regents or expensive narcotics for wizards, but without luxury items magical resources stop working.

Thus the resource Pyramid looks a bit like this:

Resource [Needs to avoid making a saving throw for depletion]

This makes Luxury resources especially valuable, as they are hard for towns to maintain, but since luxury resources are the ones most often grabbed up by plundering adventurer types this is intentional, making adventurers an important part of building and supporting a town – first they will have to trade plunder for food, and then once they’ve found food for weapons and industrial materials to protect the food resources.

I think this might represent an abstract enough system for creating a town building component to even a low level game, and emphasize discovering different treasures and exploring for things beyond a big pile of gold.
Posted by Gus L at 10:07 PM