The Tower of Flints - Map 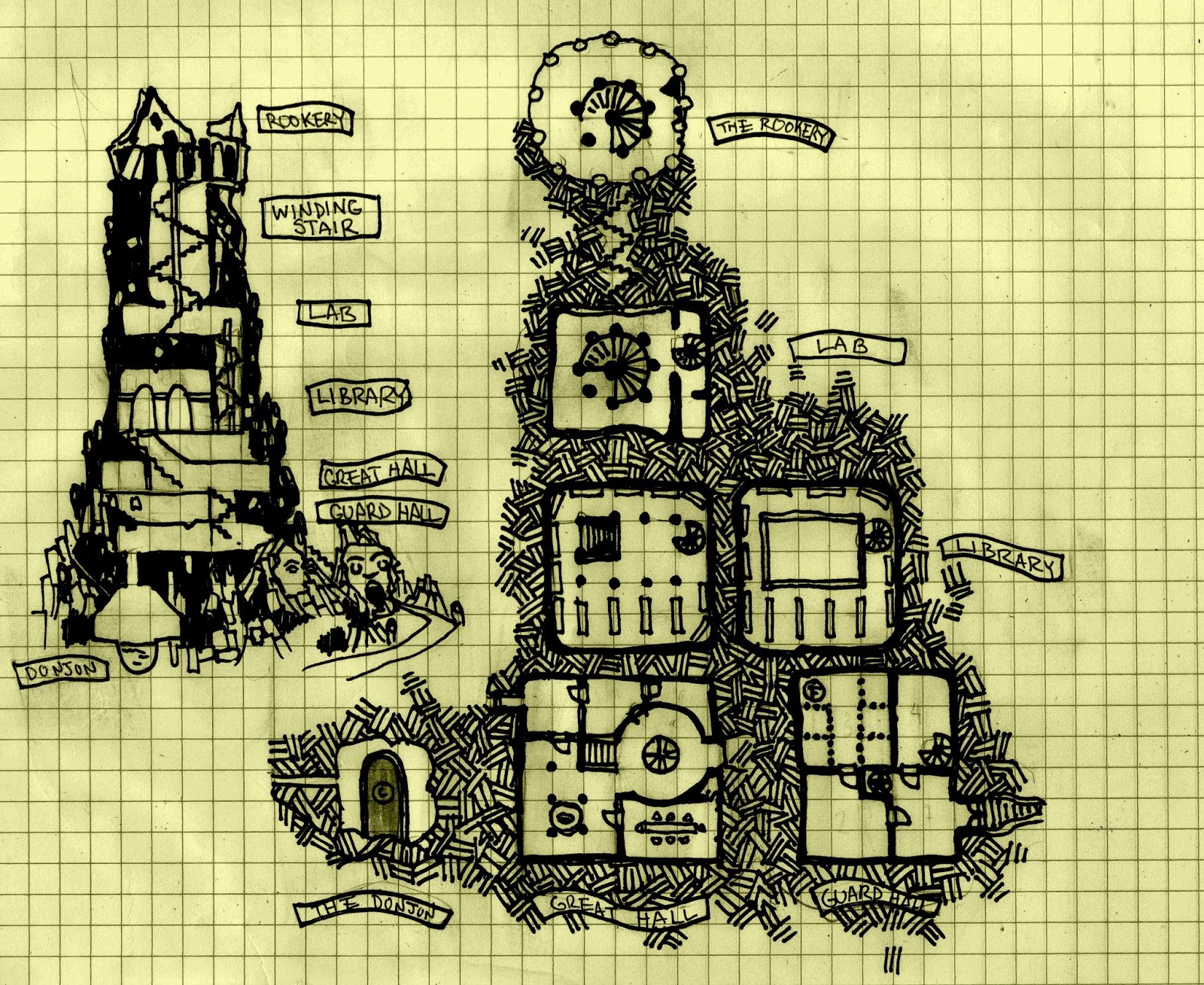 Rising from a peculiar stretch of foothills, just North of the Livid Fens and only a mile from the River Effluent, the Tower of Flints takes it's name from the hills around it, where the turf has been cut down to the grey flint of the hills beneath.  The Tower itself is built of the same grey stone, though oddly decorated with crude lumpy statutes of with niches where their faces should be.  These niches at one time held white stones or skulls, but most are empty now.  The tower is universally shunned as the Witch Queen of the Livid fens has made it known that she will take a personal interest in any who attempts to take up residence within. The tower crumbles into ruins, and it's upper stories have fallen to the North of the base as if torn away by great forces.

The Tower of Flints is a deserted tower once home to one of the megalomaniac victims of super-science who call themselves 'Wizards' and haunt the Land of 1,000 Towers.  It marks the unofficial line between the marches of Denethix and the domain of tribes beholden to the Witch Queen of the Livid Fens.  In the South it is known as the Lichethrone rather then the Tower of Flints, though no explanation is given for this difference in convention.