“First the slow maneuvering of the supply pallet over the whistling maw, hot air buffeting its considerable bulk.  “Everything we redeemers will need” the Inquisitor Paladin laughed: old rusted armaments, recovered from battlefields or the depleted armories of crushed empires, sacks of weevil ravaged flour, tuns of sour wine, sides of rancid meat, cheap picks, battered shovels, innumerable casks of lamp oil and bundles of poorly tarred rush torches.  After the supplies descended on the end of the clanking iron chain, with a crew of several trustees and missionaries to mind them, Inquisitorial Guards wheeled a rickety bridge out. A prisoners' band played hymns to the Light on ill repaired instruments, and two by two we redeemers, thin from weeks of labor on poor rations, marched to the dangling chain where each secured him or herself to an arm thick link with a crude metal hook.  Those with foresight lashed themselves securely to the chain, and with the capstans above straining the chain continued its descent.  Vanishing into the earth’s hot throat one saw the final circle of the sky’s light vanishing slowly above the next man’s rotted boots.  The descent dragged slow and endless, hours down clutching the rocking chain, the heat from below growing.  After a few hours flaming bales of pitch soaked straw, heaved from above came down the shaft, comets designed to light our way at the bottom.  Thrown from the shaft’s lip, most passed roaring in the darkness, but one bounced from the walls and exploded against the chain, burning one man and sending three more redeemers screaming down the shaft.  They weren’t the first to go, as the hours holding to swaying took a toll.  Fingers crushed by a sudden movement, a woman screamed down into the blackness.  Weak arms or badly healed wounds betray and another man plummeted.  Some saw the sky vanish and the gloom welled up in them.  With a cheery wave I saw a former boy cadet from the young kingdoms step free from the chain, his tattered red uniform orange and then grey as he seemed to float down into the reaching dark.

When we finally saw the bottom of the shaft where the burning bundles shed a flickering light, and we had our first inkling of the real terrors that exile to the deeps entail.  Pale beasts, muscled like bears, with wrinkled heads, bone breaking jaws and thin translucent skin covered in scars were already among the fallen dead, gorging themselves.  They may have been startled by the light, but the bounty of meat we represented seemed to call more of the things from the dark by the minute.  Afterwards I only remember snatching a rusted axe from the hands of a dying redeemer who stumbled back with his belly torn open from a huge claw and fighting against the beasts.  I remember the man who’s death saved me was from the North, a scarred tattooed savage a with cleanly shaved head and filthy beard tied in a great knot.  In the end we killed two, and lost half of our number to the pale tigers, as they became known. The survivors camped in a hollow of an ancient stone structure, a square pier for trade from above and ate the tigers as a paltry revenge for our unknown fellows who had been dragged screaming into the darkness and devoured.” – Testimony of fallen redeemers No. 34 at the Inquisitional inquest regarding the White Fortress massacres. 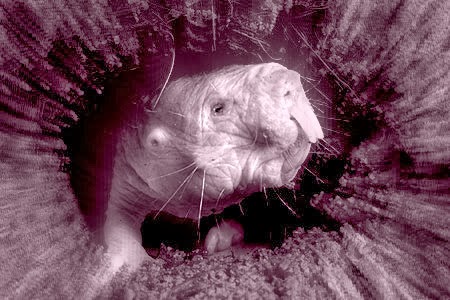 Supplies given to those “Redeemers” sent into the darkness of the underworld are poor.  Most armaments consist of plunder from the great crusade, though all markings and symbols have been crudely hammered off or replaced with symbols of the Light, sometimes damaging the equipment in the process.  Each player rolls below on the list and receives both a personal kit for the officer or specialist they play in the initial session and a selection of useful dungeoneering supplies and armaments.  If the number of players is less than the total number of officers in the ‘company’ the GM should consider additional rolls for those remaining unused. In addition to these items the company will have 2 resource points of supplies (a minimum of 4 sessions before exhaustion) and this includes such basic items as food, water, clothing, torches and sacks in amounts great enough to outfit many adventuring parties.

All weapons and armor have a number in brackets that represents their quality and condition (or number of ‘notches’)  Adopting a system discussed by Smiler on Brush of Fumbling, each weapon has a quality of 0-6, with 0 being the best (and reserved for extraordinary magical weapons).  A weapon takes a notch when it an (unadjusted) attack roll is under its quality (i.e. 3 for average weapons).  Armor takes a notch when an attack is made with an (unadjusted) attack roll greater than 20 minus its quality.   (i.e. 18,19,20 for a quality 3 suit).  When a piece of equipment has notches equal to 7 minus quality it breaks and cannot be repaired (4 notches for a normal piece of equipment).  Notches on light armor and most weapons can be repaired by a simple industry resource (Industry 1) Medium armor and heavier/more advanced military weapons (great swords, rapiers, crossbows)  require 2 industry resources to repair, while heavy armor and exceptionally fine weapons require 3 industry to repair notches in.  Example for a quality 3 sword with 1 notch – Medium Weapon [3/1].

Personal Kit:  Obviously this varies depending on class.  All non-fighter classes receive the best armor they can use up to the quality and type indicated, and also receives the following.
Specialists: Can switch a melee weapon for a ranged weapon and 30 arrows/bolts, receive 1 tool appropriate to their specialties per point (grappling hook, ’50 rope, stiletto/garrote, lockpicks, deck of cards etc.).  All armor better then light is considered light armor.

Clerics: Have holy symbol, prayer book or beads and must swap any military weapon for flasks of holy water/incense (acts as protection from evil 5’ radius for 1D8+2 rounds) equal to the quality of the weapon.  Cannot be equipped with missile weapons.

Magic Users: Always have secret spell book with 1 picked 1st level spell. Swap Armor and weapons as follows. Additionally magic users will have sufficient parchment and ink for the recording of 2D6 levels of spells (assuming one sheet of parchment per spell level).

Email ThisBlogThis!Share to TwitterShare to FacebookShare to Pinterest
Labels: Underdark