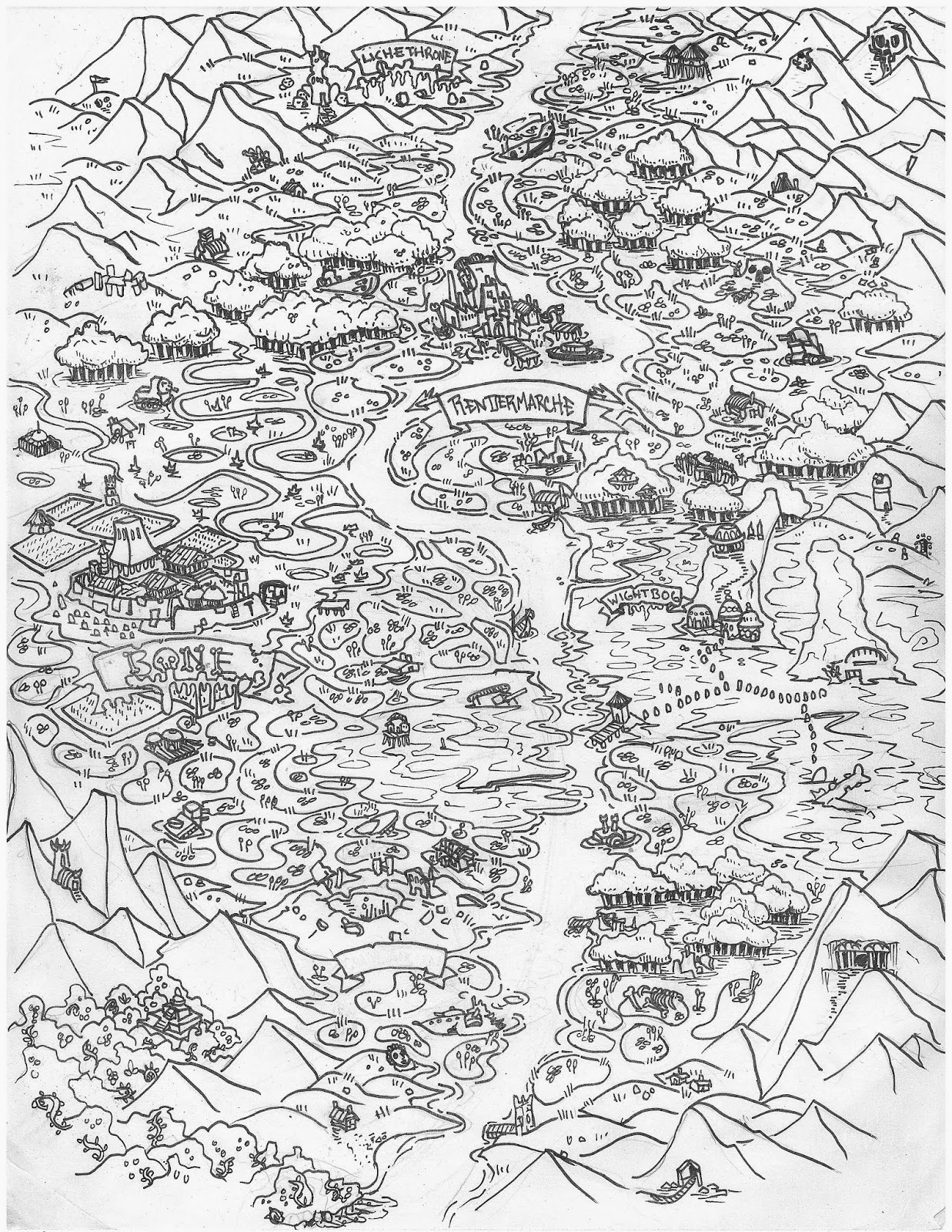 Anomalous Subsurface Environment is still a setting I think about and that I hope to run again some day.  In the last ASE campaign I ran the party ended up getting tired of Morlocks that screamed "Mheeeet!" at them constantly and had started setting traps and left behind the megadungeon in favor of the bruise colored marshes to the South - The Livid Fens.  This is an area directly South of Denethix that is mentioned in ASE 1 and included on the largest regional map within.  I've written a couple of small ASE adventures for the Livid Fens (Red Demon and Wreck of the Anubis) but until now haven't drawn a full map of the place in the style of the map I did for the area around Denethix and containing Mt. Rendon (home of the ASE itself).

The map here is a black and white version, hopefully in the next couple of days I will get it together to ad some contrast and even an acid orange version in the style of the 1st map.
Posted by Gus L at 11:03 AM