Public Handbill Posted in the Streets of Thistlemarch...

Citizens of Thistlemarch!  To Arms!

Recently it has come to the attention of this concerned citizen, as I am sure it has come to your attention as well, that a gang of lawless louts and madmen have taken up residence in our fair town.   If the struggles of the stolid frontiersman were not taxing enough, imagine your struggles when faced with the pack of buffoons, cunning men, cold eyed killers and wastrels that haunt the so called "rat-house" of this fair town. 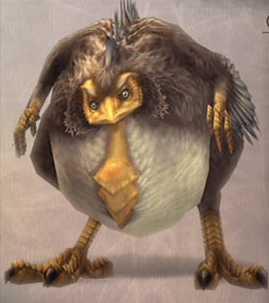 Recently this band of scallywags and maniacs have abducted, imprisoned and ultimately executed no less than three individuals for unproven and likely imagined crimes.  Furthermore, their numbers grow daily, with new hired thugs riding in from the West and dangerous villains thought gone returning from unknown errands.

While undoubtedly you are aware of the recent debacle involving the torturous imprisonment of a large gentleman of the arachnid variety in the center of town and the related hanging of three individuals purported to be bandits, you may be less aware of the return of one of the Rat House's original denizens, the dastardly, obviously insane warlock Chauncy Woolstrike.  The monstrous prestidigitator returned shortly before the diabolical revelry associated with the hanging, and orchestrated by the violent killer Ms. Cobweb, who's gentle feminine demeanor some may still remember from when she was employed as a waitress at the hotel, but who is known now for her sanguinary disposition and was recently seen to strike down a citizen of Thistlemarch with a shotgun at a public meeting.


While it is unclear what the purpose of this returned warlock is, he (and the rest of that rodent gang) is a condifidant with witches, and a practioner of strange magics.  Lately Mr. Woolstrike has become more bizarre than the previous conceited, dipsomaniac Western pedant that Thistlemarch was forced to tolerate.  Mr. Woolstrike appears much transformed over the course of his recent disappearance.  He looks like a man who has consorted with powers, perhaps diabolical: the warlock now dresses in rags taken from the street (or more recently a green sarong and turban), boasts a variety of strange scars, a sickly pallor and even the appearance of something that moves under his skin. It can only be presumed that he is possessed and drawing a cabal of like minded sorcerers to his aid, presenting a danger to this town and its rightful lord.

Chuancy has recently been joined by Abel Killejoy, a powerful practitioner of mind destroying magics, Slin Zad, an unknown with terrible sartorial tendencies a strange sorceress from distant lands and a be turbaned individual who has bizarre poultry like habits. As a concerned citizen your author can only suspect that this veritable coven has evil plans for the mundane folk of Thistlemarch, sacrifice to dark forces or worse fates in their mystical pursuit of unchecked, unregulated power.

Recently this coven dashed from town into the wilderness, purportedly following the spidery gentleman, who was freed from his torturous captivity in accordance with the sagacious legal understanding of a delegation of Thistlemarch's leading citizens.  What the mercenary gang sought in the wilderness is less clear, for while Ms. Cobweb returned with what she claimed was the mustache of the freed spider, hinting at an extrajudicial murder in the wilds, it is said that the band instead consorted with Goblins, using their efforts at 'justice' as a cover.  A large horde of cunning, merciless goblinoids has indeed gathered to the North West under a goblin "Lord" with the dread name of "Chuffington".  It is unclear what Chuancy and the rest of the dangerous mercenary louts of the "Rat House" are skulking at in the darkness with this goblin mastermind, but it is known that the goblins are being supplied with modern weaponry by someone, and that the mercenary coven has recently acquired and tested artillery.  As if these dire warnings were not enough, remember that the dubious band returned from this trip with the corpse of a fell Turkimera, the tri-bodied monster of the fall forest, slain with diabolical magics.  Not only did the Rat House men trade this creature's corpse to the sinister witch Zelena Dire, but they also attempted to trick the innocents of this town into devouring its tainted flesh!

Citizens of Thistlemarch, I ask you to join me in cleansing this town of the diabolist coven and embracing the Margrave's proper and just protection against the looming goblin menace.  Only when the town is secured from within can it begin to protect itself from the dangerous uncivilized goblins swarming without.