Curse of Strahd - Table of Cheap Jewelry (and implicit criticism)

A PRELUDE TO A REVIEW

My readers may think that I have absolutely no time for the tabletop products produced by Wizard's of the Coast and would rather laud "Maze of the Blue Medusa" and everything Hydra Co-op puts out, but this isn't entirely true.  Let's face it OSR/DIY D&D types, WOTC has the best market penetration and is going to be far more widely read then any other tabletop product.  I want these products to be good, I want people who plunk down $50 for a hardcover high production value (though frankly not up to the production value of the better LOTFP products and Maze of the Blue Medusa) book to think "D&D is awesome!" - they just haven't been in my experience.  Until now(ish)!
Yeah I'll say it Curse of Strahd is good.  It has problems, some the typical Hickman problems of being campy and thinking it's more clever then it is (a problem that almost all OSR/DIY self published products - say "Maze of the Blue Medusa" and "Slumbering Ursine Dunes" arguably share in a different ways and degrees) and some typical WOTC problems of trying to cross market product and play to video-game sensibilities (that no OSR product - even the worst bit of Gygax emulating randomly generated from the 1st edition DMG cruft - shares).  I may write a full review at some point, but really it doesn't have unforgivable problems and provides plenty of material for a GM (as well as good GMing advice - shockingly).

One thing Curse of Strahd suffers from, though at least they are trying - clearly they are trying - is mediocre treasure. I can't shake the suspicion that 5E doesn't see treasure as important and still relies heavily on the idea of character advancement through dynamic 'combat as sport' murder (of baddies, clearly only the murder of baddies) which I like to call "Judgmental Murderhoboism", but at least they are trying to make treasure interesting.  One area where Curse of Strahd fails utterly, predictably and awfully is the repeated use of "Cheap Jewelry" - often found in wholesale lots and always worth 25GP as treasure.  Now eliding the question of if 2.5 lbs, or say 2 for craftsmanship, using the classic D&D weight for GP, of gold can be considered 'cheap' (and one can't blame Curse of Strahd for this system and genre wide failure), I think this was a missed opportunity to add a lot of evocative setting  detail to the adventure.  It's funny too, because the module does provide numerous small random tables for an ongoing joke about macabre children's toys - clearly the wit and wisdom was there - but the two pages a good 'cheap jewelry' table would take were less important then a few more paragraphs of typically Hickman purple prose about the twisted narcissistic love of Strahd or some copy repeating the idea that the vampire lord is evil via more boxed text.

I give you the "Barovian table of Cheap Jewelry" below: 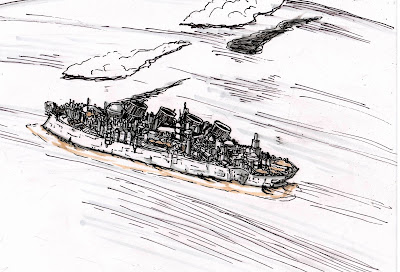 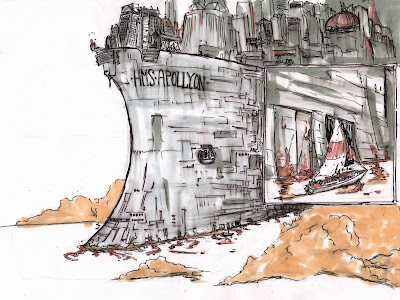 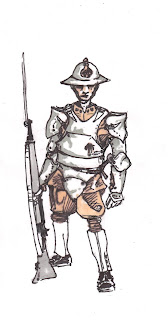 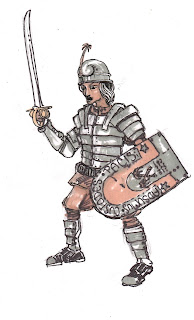 
If animated corpses, ghouls, wights and wraiths make up the common undead, D&D has always had room for more dangerous abdead foes, and unlike ghouls wights and wraiths, these more powerful undead are not simply increasingly dangerous versions of the same creature.  It's unclear exactly what purpose greater undead, as I've taken to calling spectres, mummies and vampires, serve in Monsters & Treasure, are they tougher versions of wraiths and wights to threaten higher level players, are they puzzle monsters designed to threaten mid level parties in small numbers or leaders of undead factions?   Whatever the intent powerful undead are an important part of the higher level random encounter tables and each represents a significant threat to characters.  Following the trend established with Lesser Undead, the danger from the more powerful creatures is largely the result of immunity to some attacks and the ability of their attacks to do permanent damage in the form of status effects.

MUMMIES: Mummies do not drain life energy as Wights and Wraiths do, but instead their touch causes a rotting disease which makes wounds take ten times the usual time for healing.  A Cleric can reduce this to only twice as long with a Cure Disease spell if administered within an hour.  Only magic weaponry will hit Mummies, and all hits and bonuses are at one-half value against them. Note, however, that Mummies are vulnerable to fire, including the ordinary kind of torch.

Mummies are strange creatures then, not much stronger then Wraiths, but more accurate and very slow (they have the same AC and 5+1 HD to a Wraith's 4), moving a a rate of '6', the same as zombies and skeletons.  They have a seemingly less terrible special attacks then wraiths and wights, causing a disease rather than draining life force but they are invulnerable to regular weapons, not just missiles.  It almost sounds like the Mummy is a stronger form of the animated corpse, the skeleton/zombie, rather then a quick, self-willed form of revenant like the ghoul, wight or wraith.

The most complex aspect of the mummy is it's special attack seems like a clumsy and confusing mechanic, especially in a system where a common convention is re-rolling HP at the start of each session.  My own take on "Mummy Rot" is that the disease prevents magical healing and reduces HP total to 1/2 the rolled amount at the start of each session. I'd also add a permanent -1 to HP even if the rot is cured by cure disease spell, plus the rot is disgusting and makes the character smell bad. Obviously there's a lot of room for a far more horrible disease, something with statistics loss and progressive HP damage culminating in death.  I'm not really sure if it's necessary as the consequences as written have a pretty nasty overall effect.  The only plus side of death by Mummy as opposed to death by Wraith is that the victim of a Mummy will not rise as a Mummy.

Looking through an old folder I found some notes on the last few seven session of the ASE campaign that started this blog back in 2012.  I've decided to maybe write a few up and see where it goes.  This is the first, starting directly after this Play Report.  I think this season was played late 2012 or something, before Huxley's player had a kid.

Back in their dingy apartment, covered in the tiny scabs of grunkie inflicted wounds, Huxley, Nell, Lemon, Grimgrim and Drusilla wake to another day, stunned and sore and for the first time cannot begin an immediate debauch, the last bottle of hooch purloined from the depths of the Old Brewery having been spilled down Lemon's sweaty torso the night before.

The booze brought back from their last adventure may be gone, but the desperation lingers. Nell's arm set in a crude cast, but clearly broken to the point where even Grimgrim's divinely aided ministrations won't quickly restore it to functionality.  The band needs a rest, a long rest, preferably somewhere peaceful, but it seems doubtful that their enemies will allow them one.  It's been a week since the raid on the Old Brewery's lower levels and each of the adventurers knows there will be a price to pay.  It's not clear who will come to collect, the Unyielding Fist, drug running gangsters, the death cult of Furter, or even Drusilla's anthropophagic relatives - but a debt has come due and payment is going to be rough.