A PDF OF THESE RULES

I have always thought that the ability to turn undead was one of a cleric's most powerful skills, given the number of skeletons and zombies that seem to crawl about in the average D&D game. Yet I often find players have a good deal of confusion about how turning works, especially against a mixed group of undead or large numbers of the things.  I've written up some turning rules with a long example that cover most of the oddities I tend to find in my games, and while it's nothing new or groundbreaking I believe this codification will benefit the players of clerics in my Apollyon game.

Divine Magic is different from arcane magic in that it depends on the channeling of external power and grace from powerful otherworldly entities rather than the caster’s own will and knowledge to manipulate or overturn the static nature of the universe.  Mechanically there are two systems of Clerical Magic aboard the HMS Apollyon: Monistic practices, which behave mechanically much like arcane magic, with a wide variety of spells that may be cast a limited number of times, and Ecstatic practice which provides a smaller list of spells, which do not always work and may fail catastrophically, but which may be cast almost at will.

Despite mechanical differences they employ, all divine traditions grant the power to hold at bay or even control certain varieties of unnatural entities. While both the Temple of Lyriss and the Church of the Queen are opposed to the undead, demonic, or diabolic in the case of the Temple, the Ship Spirits oppose corruption and demonic influence and the Cult of Leviathan may command the loyalty of sea creatures or drive off Devils.
CONTINUED >>>
Posted by Gus L at 11:41 AM 4 comments:


Horrors from the UMENTIONABLE’s Collection

The Scavengers in the last game of HMS Apollyon broke the only real law aboard the vessel and did a big favor for the 'kindly' old lich known as "The Unmentionable".  In return Mr. Unmentionable has taken a break from his process of stitching various cadaverous limbs onto animated shark corpses to allow them to rummage through a crate of magical items and take one each as a reward.  It's likely that Unmentionable doesn't know or much care about the value of these items, he's that kind of obsessed academic, or maybe he's started to see the party as a valuable set of catspaws?

1. Meathook Flail
A length of corroded steel chain, interwoven with dried cracked sinews, the very rust of its surface marking them with jagged glyphs of power.  The 6’ long chain is both effectively unbreakable without magical aid, and topped with a ghastly array of age pocked hooks.  Beside looking intimidating this flail is a magical weapon with two necromantic powers.  First, any living creature slain by the flail will be raised as a zombie in D4 turns to wander the area it was created in and attack any but the flail’s wielder.  These (base: 2HD, ATK Bonus 0, -2 to Initiative, AC 13) creatures are beyond communication except for the occasional moan of affection for their creator or anger at anyone else.  They won’t follow commands or move from the immediate sight of their death and will decay into uselessness after several sessions of play. The flail’s more terrible power is the ability, once per session to animate into a writhing, clawing hydra of metal and rust, attacking any the wielder commands it to for 1d6 rounds.  The spirit animating the flail will require only 1 HD of damage to drive off (temporarily it can be summoned anew next session)  but is immune to normal weapons and attacks with an ATK bonus of +4 and an AC of 15.
CONTINUED >>>
Posted by Gus L at 10:26 PM 8 comments: 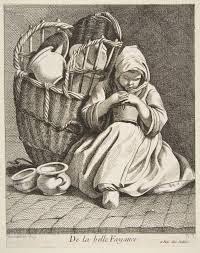 
A Most Reviled People
A companion piece to "Demons of the North" and "Dwarves are Horrible" discussing the oddities and inhuman awfulness that I like to give to demihumans when I run Anomolous Subsurface Environment. Vanilla Halflings aren't perhaps as bad as Dwarves in their boring almost featureless description, which universally (except for Darksun's jungle dwelling cannibals) seems a pallid and half-hearted copy of the Shire's Hobbits.  In a lot of games lately halflings seem to be the first demihuman race to get replaced - with anthropomorphic animal people usually, or with goblins - this isn't a bad thing, but it shows a certain exhaustion or disdain within the tabletop hobby for halflings.  ASE keeps halflings fairly close to the vanilla D&D norm, but like dwarves and elves it adds the twist that halflings are the result of ancient goblin genetic muckery (goblins being the debased descendents of 'grey' aliens).  I expand on this idea and have recast ASE's Halflings as an oppressed but internal (they have no culture or homeland to return to) minority within Denethix.

“Are Halflings even a people?  More a plague, like poverty or the weeping cysts  - another blight of these cursed times, roiling across the land and lingering to choke the life out of anywhere it has taken root, much like the clouds of sick rock gas that used to boil from the Lanthanide Wastes” – Ray 4375 Beta, field researcher 3rd form – Temple of Science
Halflings have it bad, and most, both halfling and others think they deserve it.
CONTINUED >>>
Posted by Gus L at 9:24 AM No comments: 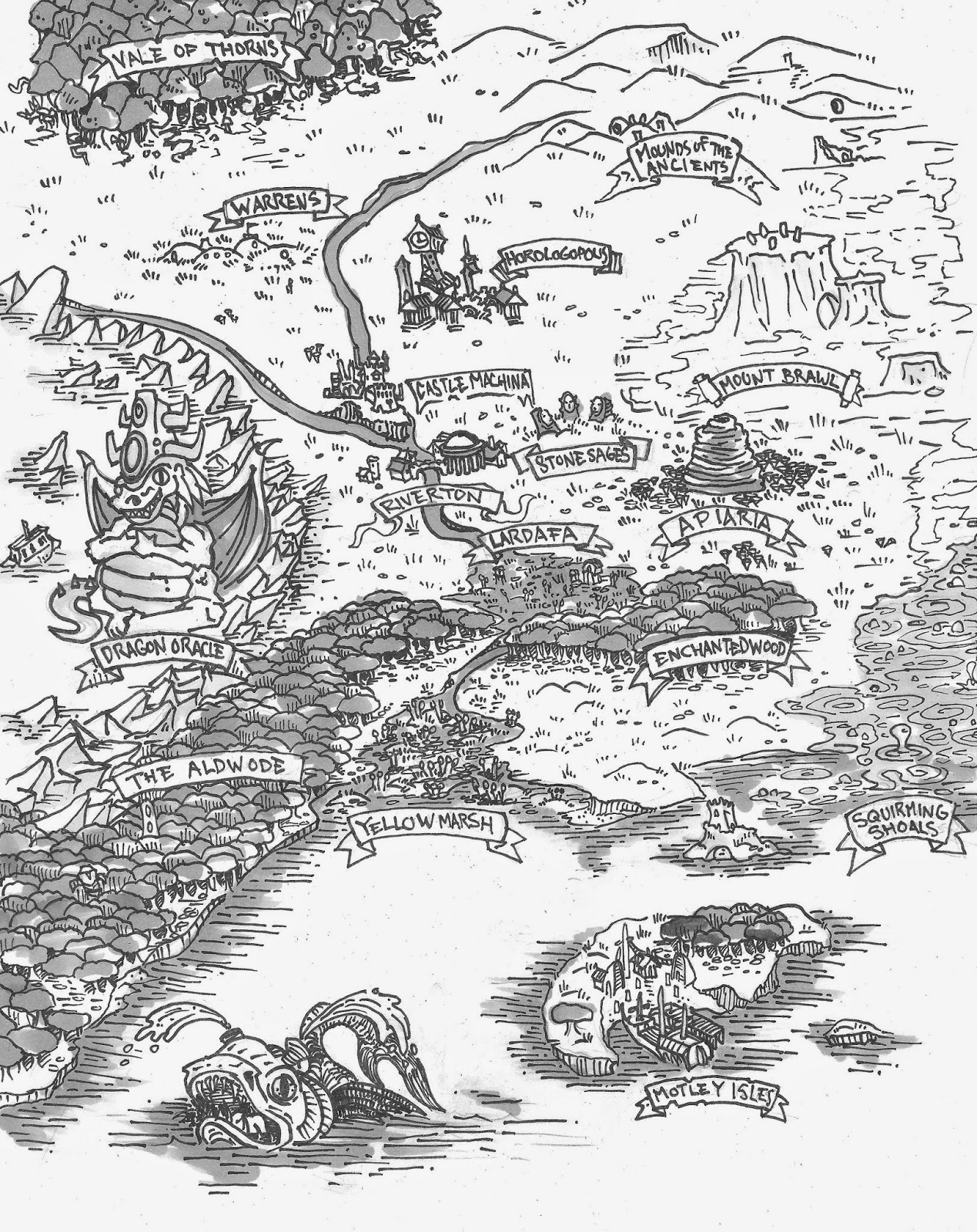 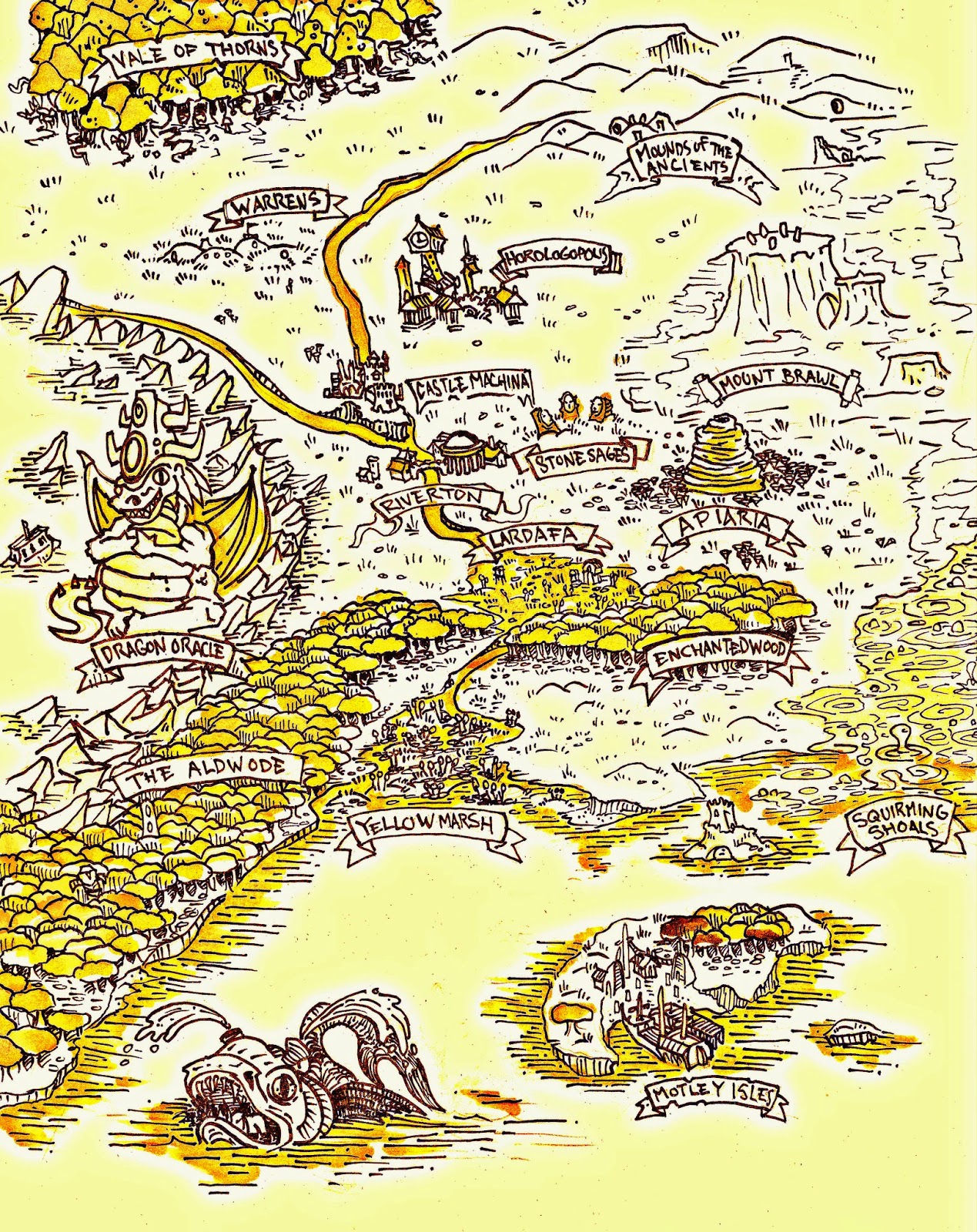 Also I'm kinda trying to figure out what the next project should be.  I've got a couple of plans, but not sure what I want to do.  First, finish Tomb of the Rocketmen, and put it out as a bare-bones PDF (it's similar in scope to Dread Machine) and then maybe put it together in with rewrites of the other ASE Denethix Marches projects (perhaps including a redone Obelisk and Red Demon).  Second, finish up another ASE adventure that I wrote 80% of and dropped - the Old Brewery as the basis of a few ASE urban adventures (Old Brewery, The Grunky Escapade and Tower Adventure I wrote up with a zombie version of He-Man's Two-Bad.  Lastly abandon these old projects and jump full bore into A big Fallen Empire project - I'll call it "The Verdant Vaults" and it's an experiment in building a dungeon that changes (specifically becomes more alive and overgrown) as the players explore it.  It starts a desolate space almost empty of encounters, but the longer it's explored the more it wakes up, and grows.  I like the idea of the project, but I'm not sure if it's viable.  Any of these three would likely end up on RPGnow - despite my dislike for charging for hobby products, I think I need a bit more exposure on these things, and that seems to be that way.  Plus I might be able to hire someone else to do art that way, and I rather hate drawing.

The project I’ve previously hinted at in finally finished.  A classic module length adventure that relates to, but is in no way a direct sequel my previously written Prison of the Hated Pretender.  Designed to be used in any fantasy setting, it is not intended to be especially strange or outside the norms for most traditional fantasy adventure games. 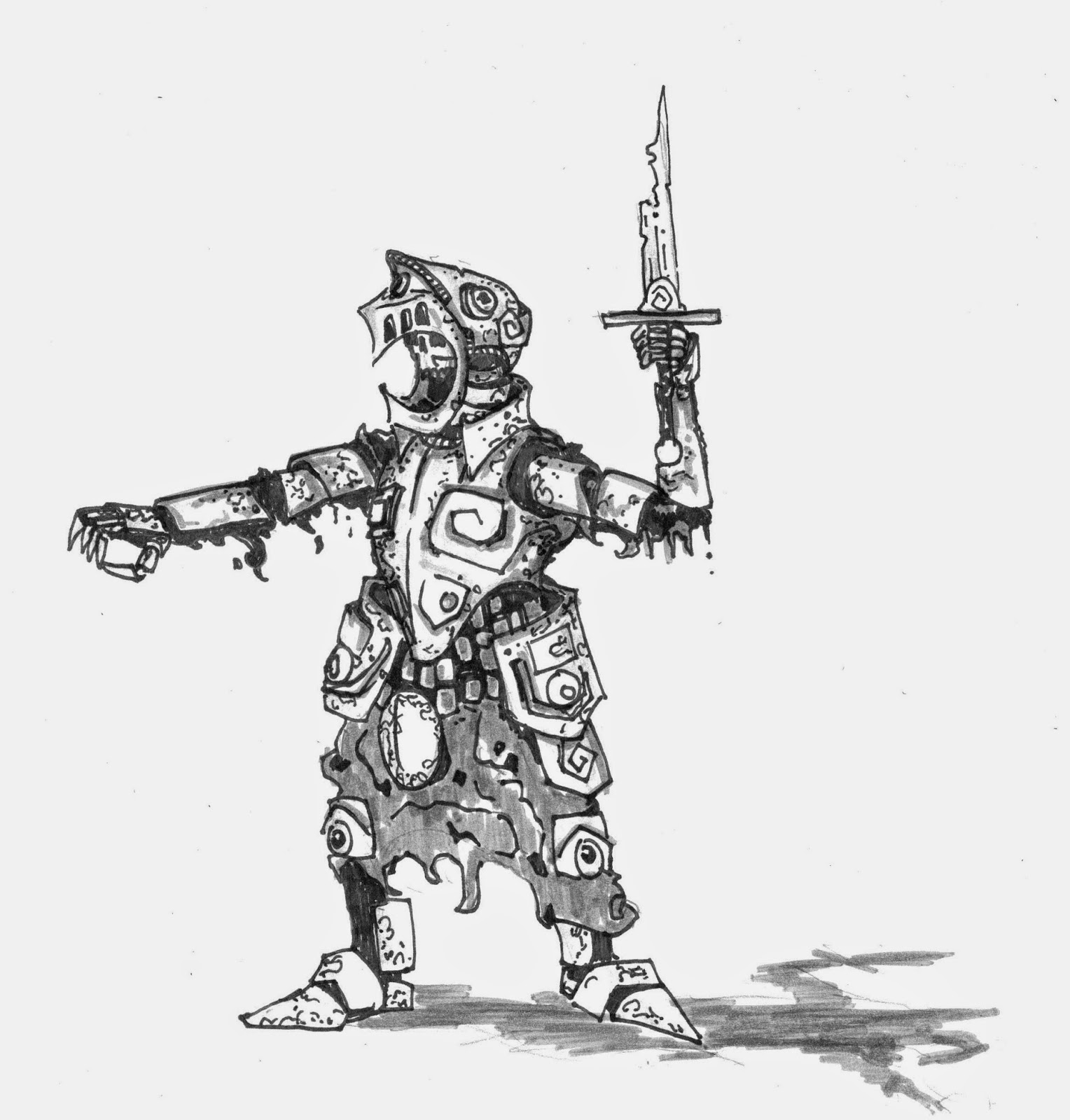 I’ve written the adventure  using the Labyrinth Lord system, but it should be easy enough to adapt to anything similar.