A player recently purchased a strange elemental version of Tenser's Floating Disc from a untrustworthy Frogling.  Below is the Spell in my best high Gygaxian
Auric Devourer (Summoning) 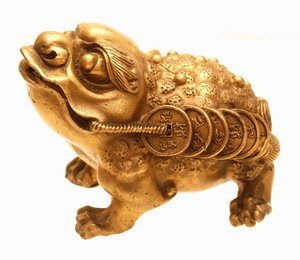 Explanation/Description: A simple Summoning, available to even to weak practitioner, with this spell the caster summons a small toad like elemental creature from the plane of Earth and asserts a limited amount of control over it.  The Elemental will appear in a summoning circle made of powdered iron.  The creature appears as a squat metallic toad about 4' in diameter and is both docile and harmless.  If attacked it will vanish back to its home plane, and cannot be recalled.  If the spell is cast again a different devourer will appear, and any valuables within the first are irretrievably lost.

The elemental serves only a limited purpose, it gluttonously devours valuable metals and can eat up to 10,000 coins worth of copper, silver, gold, electrum or platinum. Controlled by the caster the Devourer will only eat the metal it is directed to, and will not travel far from the caster's side to do to.   After it has had its fill, or at the command of the caster, the creature will vanish silently back to its home plane, but may be recalled to either eat more or disgorge the valuables within.  Making the Devourer disgorge its meal is traumatic to the beast and afterwards it will not return unless again compelled by the spell.

While digestion is not a danger (The digestions times of Earth Elementals are geological in duration), rarely a Devourer will lose its meal and return with nothing.  There is only a 5% cumulative chance of this per week the Devourer will lose the caster's valuables, and there is a flat 5% that it will return having devoured more noble metals (50% addition to value of contents).