After a successful haul last time the party was looking for ways to spend its money.  (To convert it into XP) Lune the Fighter decided he'd like to throw an archery contest to determine who in town was the best shot with a crossbow.  This would both encourage local goodwill and potentially draw the best henchman candidates.  The event was a success, and one winner was hired, a calm seeming farm boy.  Additionally, thanks to a lucky last minute whim Saren the holy-warrior decides to purchase a fair amount of anti-venom, specifically giant centipede and giant spider. 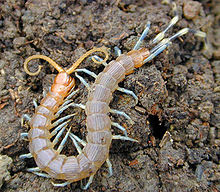 The adventurers then returned to the Pit and decided to leave a mercenary guarding a room near the entrance so that there would be a place to keep bulky treasures without them being lost.  The mercenary assigned to stand guard is a bit concerned about being left alone in the small room, but the adventurers spike the doors leading from the South so that he's only in danger through a concealed door overlooking the the first, now looted villa.

With their rear theoretically guarded,  the party sets off across the rooftops and returns to the second villa where they'd previously fought a necromancer.  The villa appears undisturbed, and after lowering themselves into the courtyard the adventurers look into the first of two Southern archways.  Beyond is a room of bones and broken pottery, and a skeleton forms after a metal chair is thrown in on them.  The skeleton stands unmoving, flexing bone claws.  The bones prove nimble, dodging thrown oil and crossbow bolts.  When attacked the skeleton finally moves, leaping to attack, but Bol, Lune's armored servant, catches the skeleton with his spear and smashes it before it can leave the room.  Not wanting to take any chances the room is set ablaze, and three more skeletons immolated as they rise.

As the party is inspecting the room, with Higgans insistent that there must be more to it than broken crockery and bones, a loud wet thump comes from the courtyard and some kind of lumpy figure is visible just outside lantern range.  A thrown torch reveals the figure to be a hideous sludge creature like an ambulatory mushroom, and startled by the light it sets up an unholy wailing and flapping is heard above.

Finding nothing the party moves South, into a entry room.  The big bronze doors South to the boulevard are barred, and doors lead off to the North East, North West and West.  Spiking the two Northern doors the party searches the room, noticing a concealed door behind an old tapestry depicting giants and men battling.  Though faded the tapestry is fine work and it's quickly bundled for transport to the surface.  The sitting room beyond the tapestry is empty except for a steel tea-service.  As the party returns to explore the Eastern door the shrieking in the courtyard stops suddenly.

Beyond the Eastern door is a storeroom of some sort, three nice chests line the North wall and numerous boxes fill the rest of the room.  The boxes are filled with rotted cloth, but the chests, opened cautiously, are contain a strange stone cat sculpture and (beneath a false bottom) an fingernail sized emerald.

Taking these the party turns to explore the North Eastern door and finds themselves in a workroom, containing a smashed strongbox and desk with an old clay calender.  To the North is the courtyard, where the creaming mushroom appears to have been reduced to a dark lump surrounded by a welter of gore.

Rather than investigate, the party sneaks out the front door, sets up a ladder to the roof of the first villa and returns to thier now frightened guard.  The guard was about to flee but is given the tapestry and told to wait another 3 hours before leaving to town with it.  Returning to the pit the party begins to explore the wide boulevard that has previously been avoided, and which runs in front of both villas.  Across the boulevard is a huge building, windowless and with only a pair of large (20' wide each) metal doors, that looks like some kind of governmental structure.  Following the building West the party is set upon by a pair of giant bats, though with amazing luck and skill both are crossbowed before they can sink their huge fangs into anyone.

The Boulevard terminates in a stone wall without a opening to the South and the party retraces it's steps towards the alleyway furthest to the East.  On the way a pack of giant headed spindly man-things burst from the darkness and begin to leap on the party.  Missile attacks are unsuccessful as the beasts cavort and dodge alarmingly.  Whatever they are the creatures aren't after blood, and begin to try to claw through backpacks looking for mineral wealth - they grab a sack of gold from Higgan's backpack as one is killed with a lucky blow and Higgans kicks another to death.  One of the creatures attempts to wrestle Lune's silvered battleax away, but fails as the fighter is strong enough to hold it.  As the creature and the fighter struggle, Lune drops on top of it using his plate armored bulk and squashes the creature.

The thieving monsters disappear in the darkness and the party returns to the second alleyway without incident.  Across from the wall of the Necromancer's villa is a rickety wooden door and through it a bare room with a single burnt out torch on the floor.  A door leads East and when the party enters they find a room with seven humanoids wearing masks.  The man like creatures aren't immediately hostile, but they make threatening gestures.  The party opts to retreat as diplomacy doesn't seem like it will work on the hissing voiced, heavily armored monsters.  As the adventurers are leaving one of the creatures declares "If you see the Southerners tell them that the pact is not yet broken". Puzzled the party moves on.

Leaving the house in the alley the adventurers head North and investigate a two story mansion behind the villa of the Necromancer.  The mansion has a simple pillared portico, and a barred door and facing a 20' wide cobbled street, the other side of which has only a blank cavern wall.  By working a dagger through the door crack Lune is able to lift the bar but as he does so a small glittering red object drops among the party.  The object appears to be a small ruby, but skitters out of the way when Higgans attempts to poke it with a pole.  The wizard reaches for the ruby, and it leaps towards his face.  Luckily Higgans is quick and brushes the strange gem aside - where it scampers off into the darkness.  About to enter the room the party hears marching feet on the road heading towards them.

Quickly dashing inside and rebarring the door, the adventurers investigate the room.  It's an entrance chamber with elegantly carved bas-relief pillars and an archway to the South.  As Lune strides through the room a piece of cracked marble flooring sinks with a click.  Panic abounds, but when nothing happens the adventurers are distracted from their fear by someone trying to open the door with a dagger.  Bol, Lune's servant, pushes down on the bar, and is some joined by Lune.  Two strong men in plate armor hold the bar easily against whatever outside is trying to lift it.  After a few tense minutes there is a grumbling series of roars outside and a crash on the door.  The party returns to searching and enters the room beyond the archway, a room laid out for banqueting with several large stone pieces of furniture sculpted to look like plush sofas and chaises, but is quickly interrupted by the sound of something clanking against the facade. Whoever is outside appear to be trying to enter the building by grappling their way through the front windows.  Lune charged up a stair way at the rear of the banquet chamber and into a long hall with two doors on each side.  At the end of the hall is a window with a grappling hook in it and a figure just stepping through.  Lune charges forward, trying to knock the figure back through the window, but fails.  When Saren runs up he has less difficulty and plunges his sword into the figure sending it falling dead or dying to the street below.  Looking out the street is full of helmeted human figures, larger than man-sized and howling angrily at the window.  The party simply hauls up the rope and grapple and steps back to explore a room close to the stairs. Inside is a waterlogged and shredded bedroom. Higgans rushes to explore the bed and a snake strikes at him, but again Higgans is lucky and the poisonous serpent misses to be dispatched a moment latter.  Searching the room reveals a mess and a tarnished silver cross.

The room across the hall contains a huge table with a water filled bowl on it.  While Lune investigates the bowl a 4' long centipede drops from the ceiling and bites his exposed face.  The poisonous bite takes hold and Lune gasps for antidote as he collapses. Saren dashes forward and slices away the centipede with amazing dexterity while Higgans pours antidote down the stricken fighter's throat.  While the fighter recovers a bit the party pours the liquid into a glass bottle and stores the bowl in a backpack. The adventurers also discover the hole in the ceiling and free an egg mass from it with a pole.  Wrapping the eggs for storage they decide to investigate one more room before returning to town.

Behind the next door is a room filed with trash with two more nests in the ceiling.  As the party pokes at the holes and dislodges more centipede eggs something else is knocked loose and lands with a clink, but nothing is visible.  The Cleric's henchman fires a bolt directly where sound came from and it strikes something invisible, hanging slightly above the floor.  Upon investigation an invisible bag filled with gold coins is discovered. Cheering their luck the party hoists the creature they slew up from the street and it is revealed to be a heavily armed beast-man with a face half human and half bat. Wanting to show the town the party takes the creatures head and a small silver holy symbol on its neck before recovering thier mercenary and tapestry and escaping the dungeon.