This was a strange adventure, the number of players was high, with 6 being a bit more than I can properly wrangle - though I think I am improving, and an amazing four random encounters (I roll when the party makes a lot of noise, enters new areas or loiters too long).


The Desperate and Foolhardy Adventurers

Sir the Fist of Uther, Elven traveler from a distant world, priest of the god of magic and heavily armored.

Sem, The Cleric From Beyond - A heavily muscled priest of an unknown god. 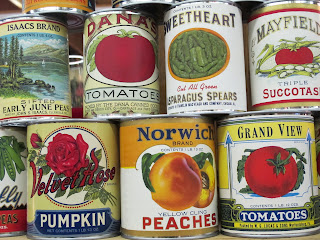 Novelty Letter Opener - an expert will tell you for 1 GP that it comes from a 2nd class shop and is not an uncommon piece though "fetching".

"Cop Memorabilia" in form of several weeks of jail records for Steward Substation 9b - Worthless despite age, contains interesting trivia in that a "Hazel Xupipla, Pas 1st class" was arrested for "solicitation" and given a warning those many years ago.  Xupipla is the name of a well respected 1st class family  and the document both confirms the family's lineage and provides a (mildly) embarrassing bit of trivia.

Ghost Salt - taken from the hallway, it is sea salt and has a faint necromantic residue.  A gourmand might buy it if you had more as all things necromantic are considered very taboo.

Mapping: Will determine depending on if party wishes to reveal existence of way into Substation.

The Exalted Gear Brothers of the Ship Spirits - The Gearmen had a successful venture, they fought almost nothing, and fund a pipe supply loft above the filtering pool in the Mushroom farm.  The pool itself was ignored due to menacing shapes moving in its murky waters, but most of their delve was spent carrying about 1,500lbs of 10 ft lengths of copper pipe out of the loft.  They also found a access ladder up to Deck 8 in position that mirrors that of the Access ladder down to Deck 10 fund by the party last time.

Sons of Vand Der Drecken  - Discovered a way into the Merrow Caves and claim to have slaughtered a whole mess of them.  Are keeping fairly silent about the how and what of the expedition, but only 7 of them returned, loaded down with Merrowman heads, though not that of the leader or shaman.  The leader of the Sons (in the plate armor) - now has beetle like mandibles and one of his companions was unconscious and swaddled in bandages.  Only 3 of the passengers returned (one the badly wounded fellow), but all 3 monkeys also returned and two were publicly sacked at the Rustgates. The pack master (a skilled scavenger) they hired lost his dogs and is drinking heavily in the Rustgate pubs.  The Sons paid for their entry in coins they brought with them when they left, but were lugging some large ornate case of some kind.


Return to Craydog Country
Prior to the Session, Sir the Fist purchased a mess of spells, and playing to Magicman the frogling Shaman's greed made a new friend as long as his gold holds out.  Quartle spoke to Mechamn about the status of the generators and was rewarded with thanks.  Meanwhile Sem looked for henchman, finding a Gunter, who claimed he was rescued from the wreck of a WWII Battleship and knew diesel and steam engines and a primitive dinosaur hunter who's dugout was lost in a storm.  The nimble hunter was hired and Krang the Unkownable joined the party armed with spear and dino leather shield.

Mechamn's exhortations are getting shorter and shorter as the number of bands heading into the hull grows.  The other two bands, The Sons of Van Der Decken (20 strong and led by four passengers in good standing) in the lead and the Gearmen (Now 12 in number) bravely march out the gates while the Flailsnails (8, including two henchmen) take the rear.  As they leave, one of the Sons makes a point of recognizing Vess as an exile and saying something snide about necrophilia.  The two rival adventure groups rush forward straight into the hull, with the Gearmen turning south into the farm immediately.

As the party dithers they hear the sound of battle from ahead, where the Sons have encountered a small pack of craydogs and are surrounding them.  One of the Sons (a varlet in leather) is down, his neck torn.  The adventures rush in and help the Sons quickly slay the cray, but are rewarded only with snears by the Passenger class sons (and a whispered thanks from one of the mercenaries).  The Sons are hunting for the Merrow Man lair and the adventurers leave them to fight the well prepared, furious Merrow without aid or much of a warning.

Exploring the halls of the Auxiliary Power Station the adventurers discover sets of naked human footprints and that the owners of the foot prints have taken the collection of tools that party left behind a while ago.  As they investigate, the adventurers hear human like cries and phrases (undoubtedly Craydog in nature) from the hall, and move to investigate.  Stepping forward into a hall Sem the Cleric slips and narrowly avoids a pit of vicious spikes laid with craydog cunning. (Craydog Cunning isn't to high, hence saving throws to avoid cray traps are warranted.)  As he struggles from the edge of the pit, a pack of five dogs rounds the corner and attackd the party rear.  Froglings, man and elf battle the dogs fiercely, but in the end the monsters are destroyed with the aid of a sleep spell, magic missile and crowbar assisted assertions of a manly (or frogly? bully?) character.   Removing the dogs delicious claws, the the adventurers use the bodies to partially fill the pit Sem almost fell into.

After narrowly avoiding a trapped door the party heads into the next door South on the West wall and finds a room torn to pieces by craydogs.  The Ceiling leads to another level 20' above, but only a tiny fragment of floor remains, supported by the doorway the party entered through.  Conduits dangle down, and Sem asks Kang to climb one and see what's above.  Kang is a man of action and his charcoal tattoos glisten as he surges up a solid conduit.  Reporting down that there's a door above leading East, Kang stays put while the rest of the band investigates a gaping hole in the North wall.


Meeting the Buck Nakeds.
Beyond the torn wall a large room extends North, the remnants of several other rooms with a shallow 60' long pool with at least six craydogs cavorting in it in a very dog like manner.  The party's plans to ambush the craydog nest to the North with flame and spell are interrupted by the sound of laughter and low human voices in the hall near the pit.  Vess and Quartle investigate and amazingly receive a cautiously friendly response (I love reaction rolls!) from a trio of three naked or almost naked (their leader is wearing a dress) men carrying crowbars and spears and discussing the party's use of Craydogs as a pit filler. Their bodies are decorated with brown and black painted symbols that Quartle senses as magical.  A conversation establishes that the men live in the hull and that the party is in their 'territory', though apparently not at its heart, which is upstairs.  They serve "Sheriff Buck Naked" and have "Powerful Magic".  The buck nakeds are friendly enough trying to convince the party to visit their leader and leave their weapons behind.  They also tell the party to pay a toll whenever they cross into the Buried vault, leaving food and metal.  Kerup's prophetic sense tells him that the man is being fairly honest and when he warns about coming upstairs armed and suggests that if the party wishes to meet them again the should use a Southern set of stairs.  The men retreat up the stairway peacefully after taking some food and as they go their number is revealed to be 6, not 3.

Afraid to massacre the cray, as they might be the Buck Naked's ad hoc guard dogs,  a search along the Northern corridor reveals seven small rooms each with a piece of power machinery within.  The last three devices are powered and operating, most likely thanks to the adventurer's earlier actions.  In one room an ancient body is discovered clutching a small revolver and carrying a note that names several previously unknown regions including "the lagoons" and "North Supply".

Back in the hall the party hacks down a copper conduit and makes a great deal of noise doing it.  Midway through the process the adventures feel a sudden chill from the door at the end of the hall, the smell of the sea grows and an almost physical presence of great weight pushes from the direction of the door.  The party remains silent and the smells and sense soon pass. Taking their cable and investigating the hall the adventurers discover liens of sea salt on the previously empty companionway floor.

Opening the door on the Eastern wall of the Northern hall leading from the Buried Vault, the hall with the mysterious salt, the party is faced with a 'T' shaped chamber the walls surrounding them pierced with gun ports.  A heavy hatch is directly across from the door and shows the crest of the Stewards, with the words 'Steward Substation 9b - Authorized Personnel Only Beyond this Point' painted below.  Unable to open the hatch form the room the party is in, Quartle's Steam Beaver goes through a gunport and ties a rope to the simple mechanism on the other side.  With the hatch open, the room beyond is revealed to be a nasty shooting gallery where a few men could ambush or hold off many from armored safety.  A door in the North wall opens onto a small glass office surrounded by cells.

Searchign the desks the party finds cell keys and a lot of ancient paperwork.  Two cells are opened, the first containing a valuable store of canned goods dating from the last retreat of humanity aft (and preserved by the magic of the Apollyon).  The Second cell contains a leathery corpse that rises to attack only when the sell is opened and Kerup bends over it.  The corpse is difficult to dispatch, and only Vess's use of Protection from evil of the frogling prevent him from strangling (1d6 + 1D6 per round cumulative).  Still despite the power of the angry revenant of abandonment, Sem's mace and the rest of the party's weapons manage to make it flee and then bring it down before it can escape.  As it dies a black miasma of hatred envelopes the room and the party decides it best to return to town and let the station air out.
Posted by Gus L at 9:48 AM