Some doodling that's gone on in the past few days.  First I got some nice new pens, a very good deal on 24 grey (though several of them tend towards sepia) first rate art markers and need to try them out.

This is an elevation map of the HMS Apollyon, my nautical mega dungeon.  Each square is about 350 feet, so the whole think is approximately 3 miles long.  Decks are broken into hundred foot sections, though there is plenty of space taken up by architectural elements and ship systems between those decks so it's not an exact thing. 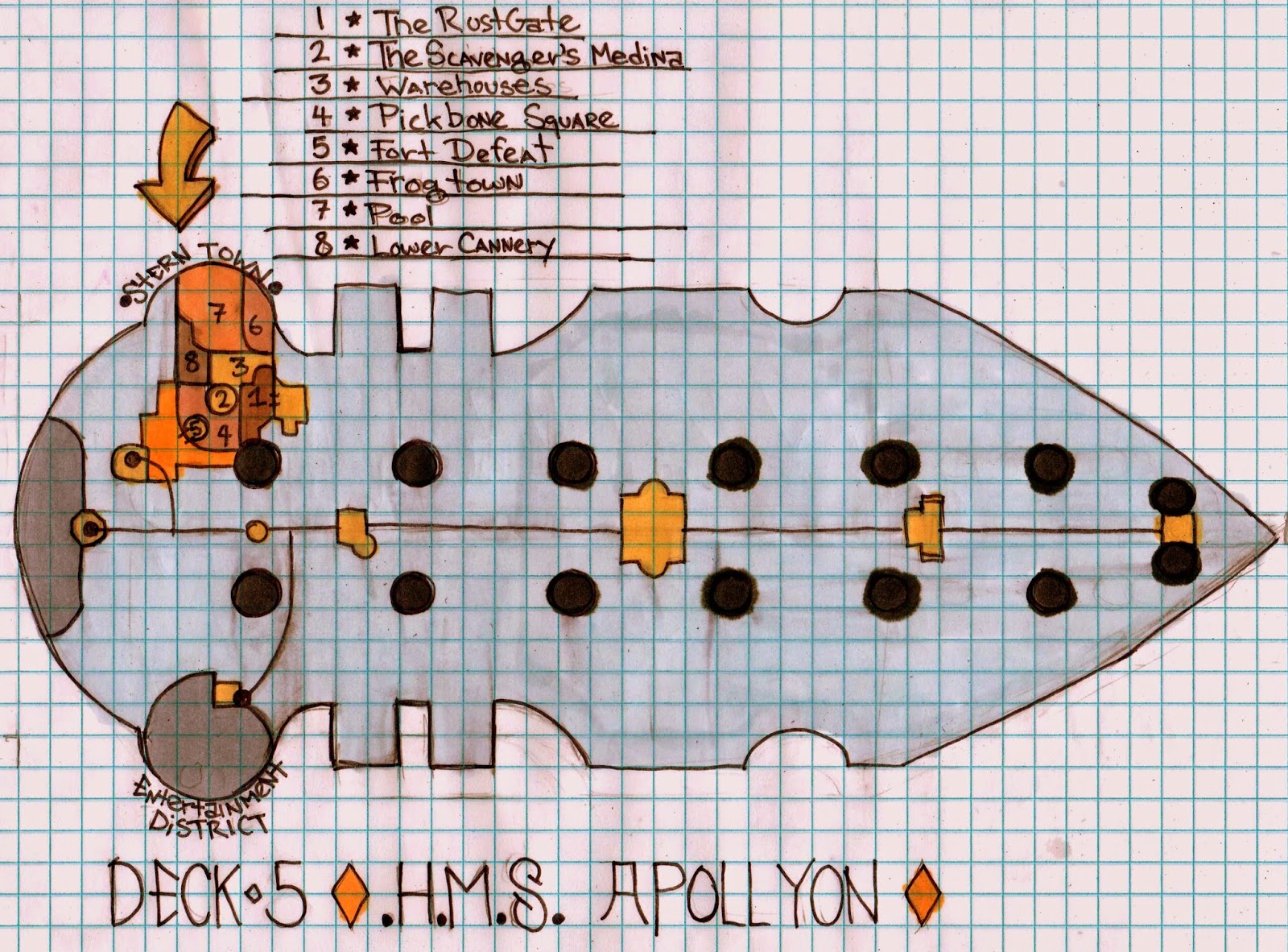 This is a map of Deck 5 of the Apollyon, where much of the adventuring has taken place. I have included a key for Sterntown, and the Ship Spirit Shrine's "New Lands Colony" is clearly visible bow-ward from the Rust Gates.  Likewise the Marine controlled, but still dangerous "Sigil Maze" is evident aft of Fort Defeat.  This map shows almost every location where adventuring parties have traveled in my game, as well as some additional expected hull features such as the Spinal Rail system and its major stations. 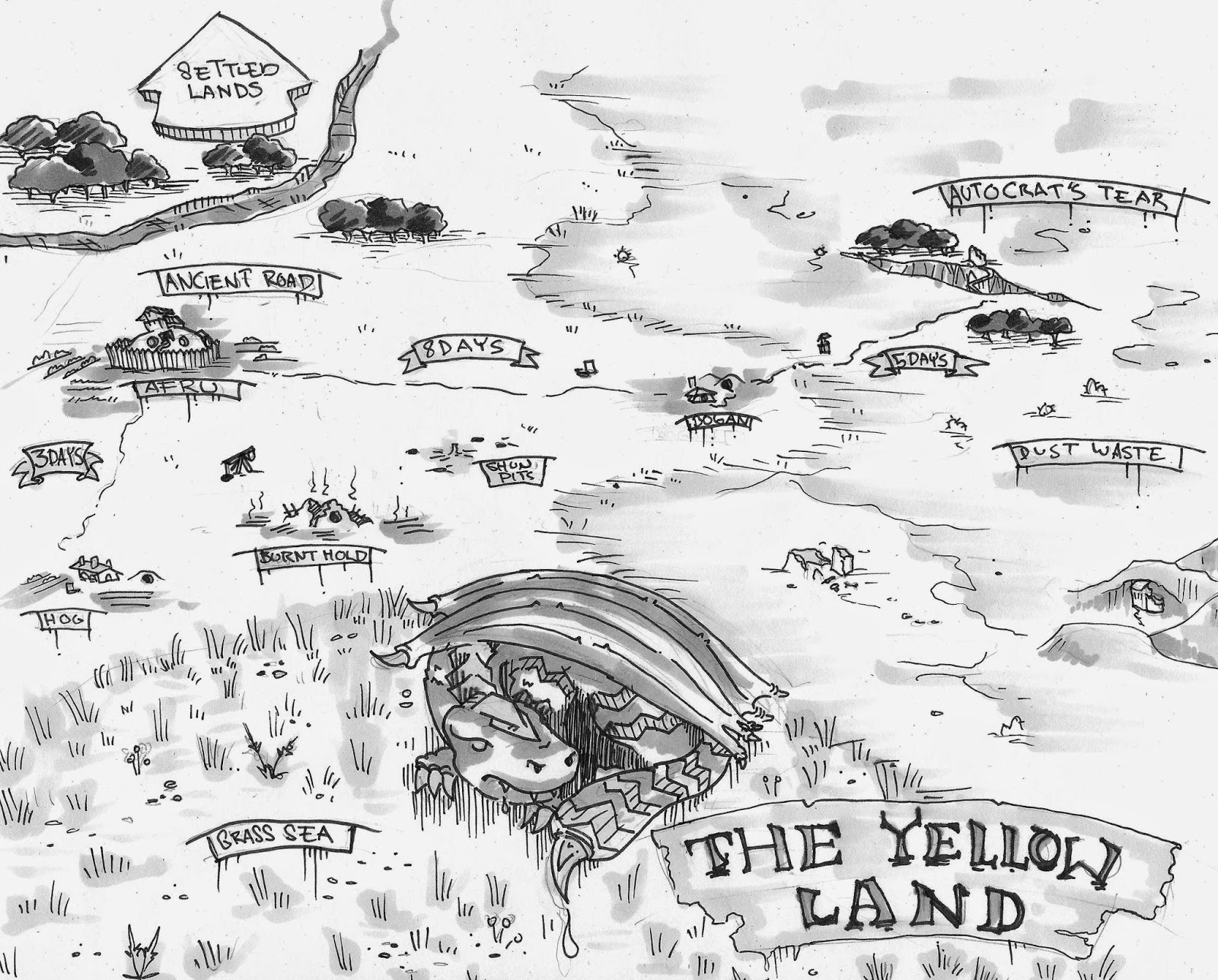 Here's an overland map for the wilderness around my Dread Engine Adventure - Wyvern is not to scale. 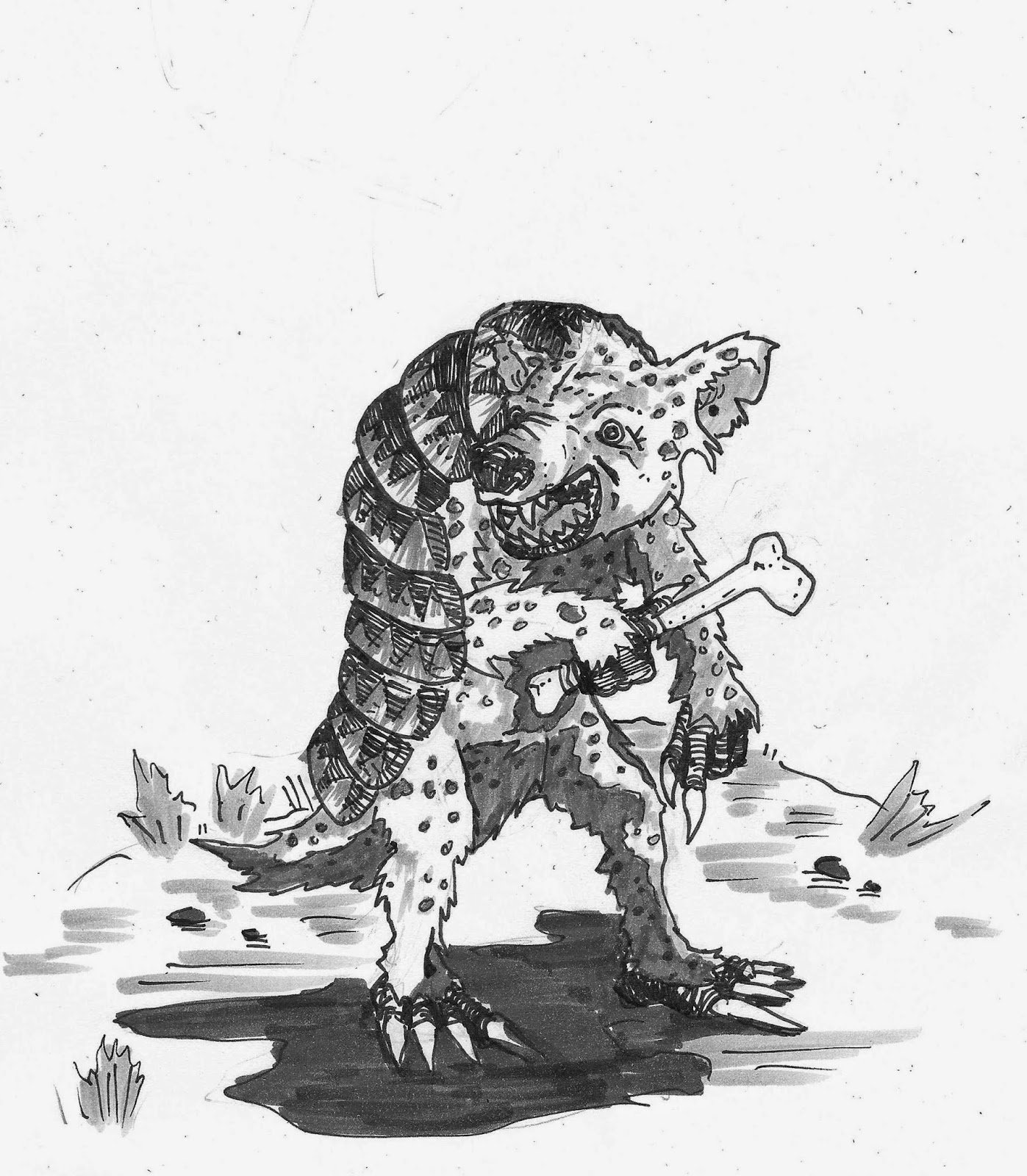 "The Shun Beast is a pack predator of the Dust Wastes and Yellow Lands.  Farmers keep their numbers down near the settlements, as the burrowers raid  goat herd and tuber fields whenever they can.  It's unclear exactly how intelligent the Shun are, and if their yipping and low rumbling growls constitute a rudimentary language.

Shun Beasts inhabit sprawling claustrophobic warrens of packed dirt barely large enough for their shelled 4' tall bodies, but are mostly encountered when they ambush travelers, springing from subterranean hides or undermining whole camps and dropping the sleepers into pits where they can be seized by an entire pack of baying Shun Beasts.

The Shun Beasts love of prisoners is well known, as if there tendency to fatten them on the hallucinogenic milk of their brood mothers, great hunched backed Shun that can barely move, before devouring them in ritual bacchanals.