Ruins Of the Central Provinces
Pepinot Vex has set off across through the decaying grandeur of the Imperial Capitol and into the desolation of the Central Provinces.  The heartland of the Successor Empire, and the richest provinces during the thousand years of Imperial Peace, these lands are desolate now, clogged with ruins and soured by the esters of abandoned ancient magics. 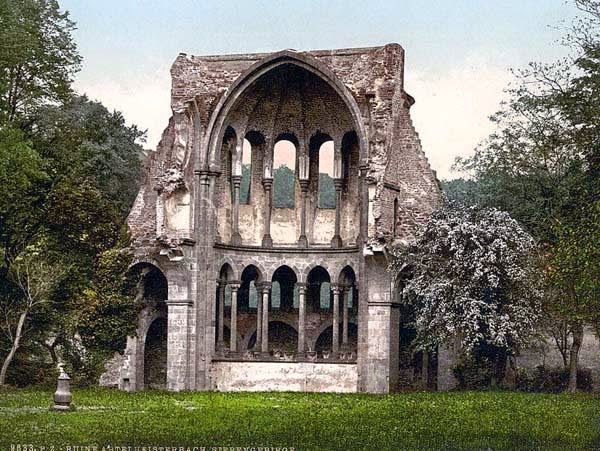 I have decided that in any game of Fallen Empire played there is an additional stat, much like the stat for Sanity in Call of Cthulhu.  Exposure to magical pollution will slowly wear away this stat, and when it’s exhausted there will be a nice mutation table to roll on.  I might even consider allowing magic-users to burn this stat as a means of recasting spells.

Also given that the pernicious influence of magical radiation is a major setting component, I think that the Owlbear will be a commonly encountered monster, they are inexplicable horrors that persist on vermin and magical radiation after all.
Posted by Gus L at 11:59 PM