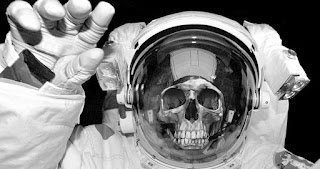 WHAT? WHEN? While I do spend a large majority of my time guzzling cheap Scotch and shouting about cat memes on the internet, I think it's time to leverage this blog (approaching a year old) into getting other people to generate my game content, so that I have more time for the above mentioned Scotch and cat .gifs. Starting March 15, 2013 and running until April 1, 2013 I will be accepting maps for a CONTEST!.  Stop cheering, it's not a big contest and I won't be asking a lot of you contestants.

FABULOUS PRIZE! The fabulous prize is a hardcopy of ASE 1 or 2 as selected by the winner, which I will have mailed anywhere you want by Lulu.  If you already own ASE, well maybe I'll send you a drawing of a scientist and a moktar arm wrestling - but you'll still get another copy of ASE.

It doesn't sound like much, but ASE is still the best mega-dungeon in the OSR today (by my estimation) and I'm not asking much.  As an additional prize you will also get is me turning your map into an adventure locale PDF with at least two pieces of art (this may take a few months).  You'll also receive the right to ask me to map anything you want of a similar size.

WHAT DO I DO? You draw a map.  That's it, all I want is a .jpeg, .png or .bmp of a map.  Not even a big map, somewhere under 20 keyed areas. However you do maps, however you draw them or otherwise prepare them, that's what I want.  I don't even want your original art.

WHAT'S THE CATCH? The map is of the locale described below.  I've left a lot to the imagination, but you can't just send me a crudely redrawn version of the caves of chaos.

WHAT IF I CAN'T DRAW?  It's a map, on graph paper. They're really not that hard.  Additionally, I'm not just looking for a pretty bit of cartography, I'm looking for something I can hang a richly described environment on that is also a playable adventure.  The greatest isometric beauty will not win if it's a linear snooze-fest.  I am promising to write this thing up after all.

OK YOU'VE CONVINCED ME, I WANT ALL THE FAME AND FORTUNE DUNGEON OF SIGNS CAN BRING ME! (Warning: It's not much fame and blogger carries only $5.00 in change).

WHERE DO I SEND MY MAP?
oldmanlaru (at)

ARE YOU STEALING MY MAP? No, you can do whatever you want with your map besides sending it to me.  Put it on your blog (mention this contest though perhaps), key it and turn it into a PDF of your own, roll it up in a bottle and cast it out to sea, sell it to WOTC - I just want the darn thing for my contest.  All I ask is that you don't steal anyone else's map or use one that you've generated in the past - that could be embarrassing.

Without further hedging - here's the subject of the contest.

TOMBS OF THE ROCKET MEN

Screened by thicket, swamp and forest, a necropolis of the ancients sinks slowly into the earth.  Its existence rumored by foresters and vaguely referenced in some of the Temple of Science's oldest logs, the tombs and monuments have remained slumbering and undisturbed for ages. Ancient construction materials provide protection against the elements, but in the glorious times when man traveled beyond the sky tombs were not considered sport for plunder and the treasures of the ancient sky-farers should be unguarded, untrapped and ready for any hand that has the audacity to reach for them!  Hack through the brigand haunted forest and seize the wealth of the very stars, amongst the TOMBS OF THE ROCKET MEN!

Yup, I want an gonzo science fantasy spaceman tomb/tombs.  This could be vaguely related to the Obelisk of Forgotten Memories, if you want doesn't have to be.  Just give me a map.
Posted by Gus L at 12:03 PM