this morning this blog reached 100,000 hits.  Not sure what this milestone means, as I produce the stuff on here primarily for my own benefit and my own use, but apparently people enjoy it which has been great to see. So, thank you readers and commentators for indulging me in a singularly antiquated hobby.  It is nice to see that several hundred people a day are interested in whatever random nonsense pops into my mind about imagined worlds, poorly simulated with clumsy mechanics. 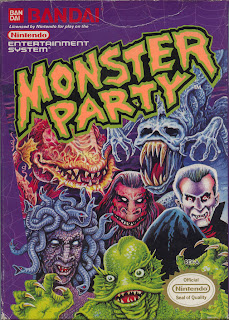 Without further ado - here's a list of several Extra-planar, Outsider entities that roam the decks of the HMS Apollyon.
1. Zinc Order Sophants – Cold machine intelligences, once contracted to aid in the production of mechanical and magical devices these outsiders have since broken free and in the way of their kind are constructing their own cold orderly domain, a clockwork forest made of shining slowly churning gears that is spreading through an ancient abandoned chemical plant. The Sophants each appear as a different forest creature made of gray zinc plates that radiate a soft green light at the joints and eyes.

2. Goldteeth – Servants of The Golden Hungerer, a corpulent and blob-like Bateezu baron in the service of Dispater the devil King of magic. He controls a large fortified station on the Apollyon’s 9th Deck Spinal Rail and is a rival of Malchris the Rail Baron. Those encountered in his service are mostly Barbed Devils whose bodies sprout a variety of golden teeth rather than barbs and who will always be accompanied by packs of dammed souls, humans whose head and arms have been subsumed by gapping maws and who dart about eating any living creature with stuttering chicken-like movements.

3. Sunken Seraph – A lone creature of beneficent order, the Seraph hides in fear and shame having once been the captive of a powerful Passenger Class warlock. It’s badly maimed, with wings permanently burnt to bare bones. Powerful diabolical magics have been used to torment the being, so that whenever is is exposed to air for more than a few minutes it will begin to burn. Despite its injuries the Seraph is still a powerful being, and it has found a kind of peace floating the through flooded gangways and cabins of the lower decks. It has the perfectly formed body of an androgyne, festooned with weed and algae and the head of a six eyed lion (though it is missing two eyes). The undead of the lower decks fear the Seraph as it possesses the ability to destroy most of them with a casual glance.

4. Razor Whip Mass – Vermin from the Outer Dark, likely summoned by Fishman Mago and then forgotten. Each of these polyps is a hard shelled 8’ tall pod colored in such an unnatural way that it cannot be properly described. Their presence causes nausea and confusion, and the masses will lash out with a storm of whip like tentacles at any living thing within 20’. They are unintelligent, but have natural predatory instincts, behaving in an unpredictable manner and attacking from ceilings, crevasses and other concealment.

5. Kappa – A band of aquatic demi—demonic creatures with squat shelled bodies and long clawed hands. Their songs can charm and control sea creatures, and this band have enthralled a small kraken that they use to terrorize tribal Froglings and Merrowmen along the Port side of the Apollyon, the band lairs in a cyst built up from vessel fragments and the calcified secretions of their own bodies that hangs from the outer hull, half submerged. These yokai are not aligned with any faction and their naturally quarrelsome nature means that they cannot be held to any deal they make, though of course they will gladly make deals with almost anyone.

6. Gun Jinn – Orderly Celestial warriors that are absent without leave from the Celestial Bureaucracies’ innumerable armies. These physically powerful bluish humanoids have gone feral, using complicated moral contortions and “emergency orders” to justify their outright banditry and love of murder. They collect weapons, especially firearms (demanding them as tribute or “confiscations to aid in the war effort”) which they add to their own being. The most successful of the Gun Jinn appear as slowly moving war machines of forged steel treads, wheels and a huge array of cannons and gun barrels built up around their original celestial bodies.
Posted by Gus L at 11:07 AM