What is Dungeon of Signs

No one has asked about the name of this blog.  That will not stop me from telling where it comes from, because I don’t feel like typing up a random table of anything right now. 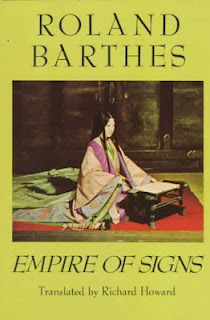 So Semiology was real popular in critical theory back in the late 90’s.  Semiology is basically the study of how the way things are described (signifiers ) relate to things themselves (signifieds) creating an understanding of a things place in the universe (signs).  Semiotics is ‘useful’ for thinking about how ideas get made and how meanings are agreed upon, most interestingly moral ideas.   I personally think there’s a lot of that going on in fantasy RPGs, given that they’re whole imaginary worlds created by consensus without real things themselves to relate to.  Suffice to say this is a slapdash explanation from a non-expert of a critical theory field that’s been around since 1914 – don’t badger me about the nature of signification, unless it relates to the signification of goblins, because I surely got something important wrong.
(Note: Date of 1914 is totally wrong for example - Saussure was killed by a student in 1913, as the Magnetic Fields have long informed me)


One of my favorite semiotic theorists has always been Roland Barthes, a French guy who was killed by a bread truck in 1980.  I enjoy his work because it’s funny and approachable.  He uses a lot fewer diagrams and is interested in the semiotics of everyday things like steak, rather than that of obscure cinema.  Barthes’ most famous book, Mythologies contains his most famous essay, which is about professional wrestling, totally worth a read, and not remotely dismissive of wrestling or its fans.  Another Barthes book, sort of a sequel to Mythologies, is Empire of Signs and it’s from this book that this blog stole a name.

Empire of Signs is a strange book, it’s an attempt to present an alternative semiotics where meaning (sign) is severed from label (signifier) or maybe derived from the lack of relation between signifier and signified.  Barthes attempts a thought experiment to do this, inventing a Japan that is not real Japan and basically making up a semiotic system using his own ½ serious knowledge of Japan, Japanese culture and meaning.  It’s not a colonial work at all, because it’s perfectly clear (or should be) that this is a fictive Japan and any correspondence between the meanings Barthes has arrived at and actual Japanese cultural meanings is coincidence.

To me campaign worlds are a similar project – projecting real world semiotic systems (from badly mauled history, fantastic fiction, folklore, popular culture and now RPG tropes) into a made up world. Now the OSR and many of the campaign worlds I like are great because they push what signs are used in game worlds beyond the Gygax/Tolkien mash that has culminated in games like Skyrim, or twist the meaning of those signs into new and amusing shapes.  One’s success at playing and running a world is precisely how much of a consensus can be agreed on and played with, so fiddling too much with clichés and tropes can be dangerous.

For example: players get mad when a kobold kills the party, yet if a dragon wipes them out that’s deemed fair.  This is because kobolds are understood collectively to be feeble sneaks while everyone knows dragons are mighty nasty.  Yet the only reason for this understanding is the pre-existing collection of signs that players and fantasy pop culture have agreed to.

Anyway from the above to me it’s not the mythic underworld that the players are delving into, it’s a Dungeon of Signs. Well it is the mythic underworld, but it’s a mythology of cultural references going back to folklore and a set of conventions for simulating it that go back to the 1970’s.  Not that I take any of this too serious or suggest it should be taken too serious.
Posted by Gus L at 11:20 AM